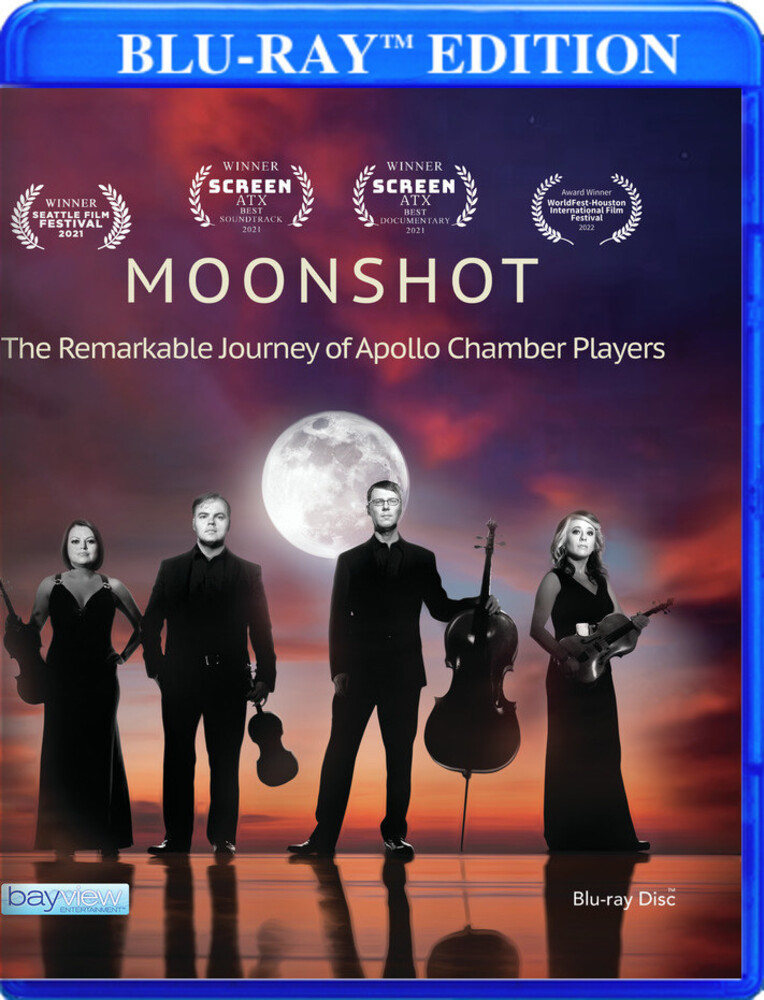 MoonShot: The Remarkable Journey of Apollo Chamber Players tells the story of four musicians from different backgrounds who came together to create one of the most innovative ensembles in the world. It is a tale of resilience and determination, of radical musical inclusivity that has reimagined what it means to be a performing arts ensemble in the 21st century. The film chronicles the origins of Apollo's musicians, it's groundbreaking 20x2020 project reflecting one of the world's most culturally diverse cities, and the challenges overcame - and milestones achieved - during the COVID-19 pandemic. MoonShot stars Apollo's four core artists along with Emmy-winning Chickasaw composer Jerod Impichchaachaaha' Tate and astronaut John Herrington, the first American Indian to fly in space. It was filmed in Houston (TX) by Jeffrey and Barbara Mills of Io Communications and Ben Doyle of BEND Productions, with interviews at NASA's Space Center Houston. MoonShot made possible by an Artistic Innovations grant from Mid-America Arts Alliance.