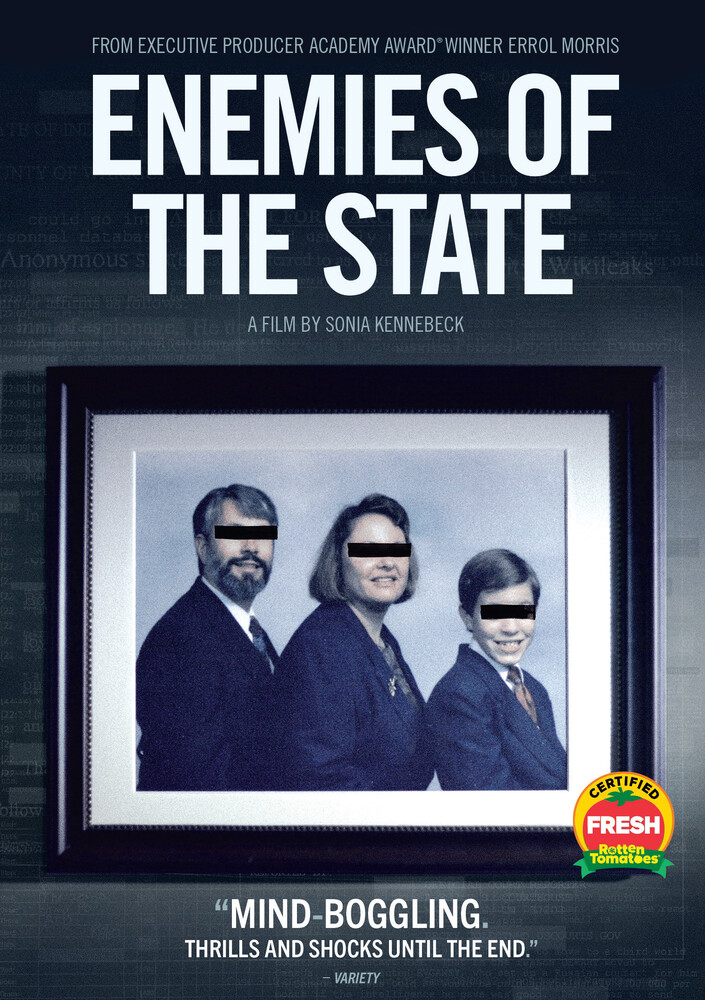 Enemies Of The State
Artist: Enemies of the State
Format: DVD

In 2010, ex-Air National Guard intelligence analyst and hacktivist Matt DeHart was indicted for possession of child pornography. After attempted flight and bids at asylum, he was taken into FBI custody, where, he claimed, he was tortured over the actual basis of his prosecution: explosive confidential documents he had seen alleging serious misconduct by the CIA. You be the judge after viewing the arguments from both sides in this striking effort. 103 min. Widescreen; Soundtrack: English.