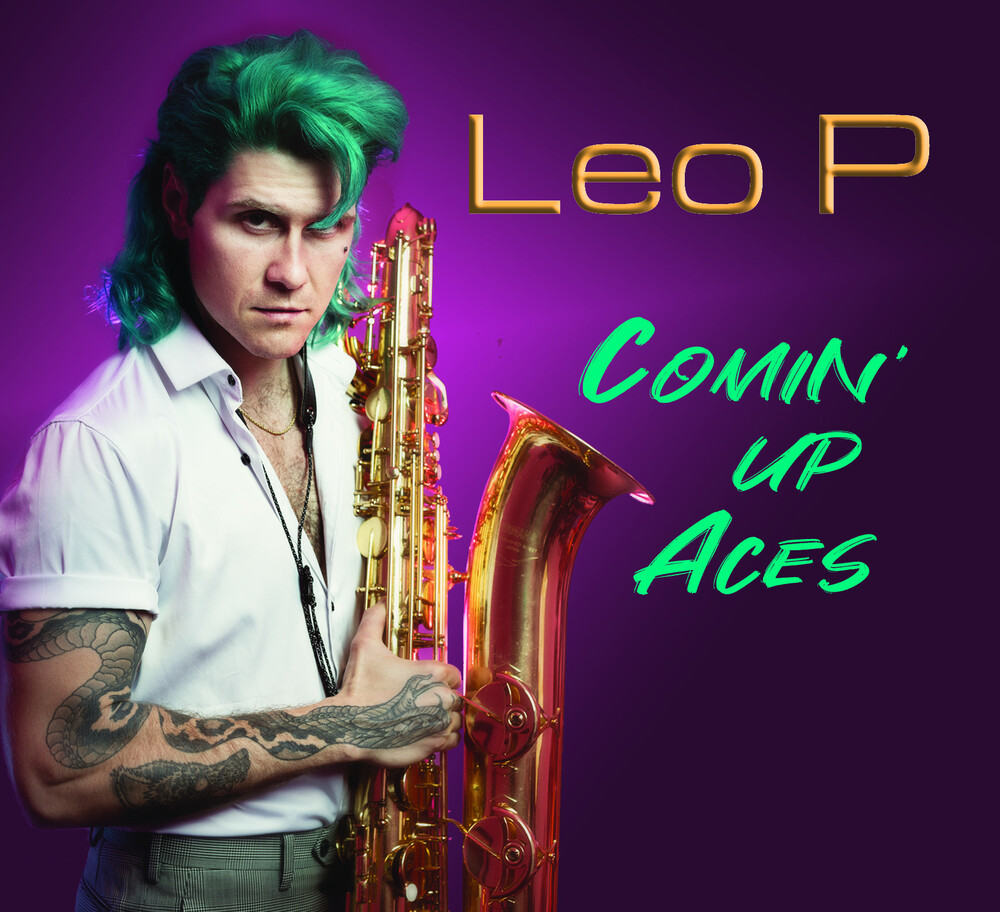 Leo P, the sax player whose wild busking in the NYC subways has gone viral, is taking the jazz/jam band world by storm. He's been featured on stage and TV with BeyoncÃ©, has over 100 million YouTube views, and is nominated in 2 categories in the 2022 Down Beat reader's poll. His amazing, over-the top, live performances have been blowing awayaudiences worldwide! With Comin' Up Aces, his debut solo album, Leo P revolutionizes the baritone sax, eliciting sounds and emotions theinstrument never heard or even dreamed of before!! From the sizzling cover of Earth Wind and Fire's "Serpentine Fire," to the romping New Orleans style "Issa Blues" featuring Stanton Moore, to Leo's passionate virtuosity on the Mingus classic "Goodbye Pork Pie Hat" and more, Leo P has firmlyestablished himself as one of the greats!