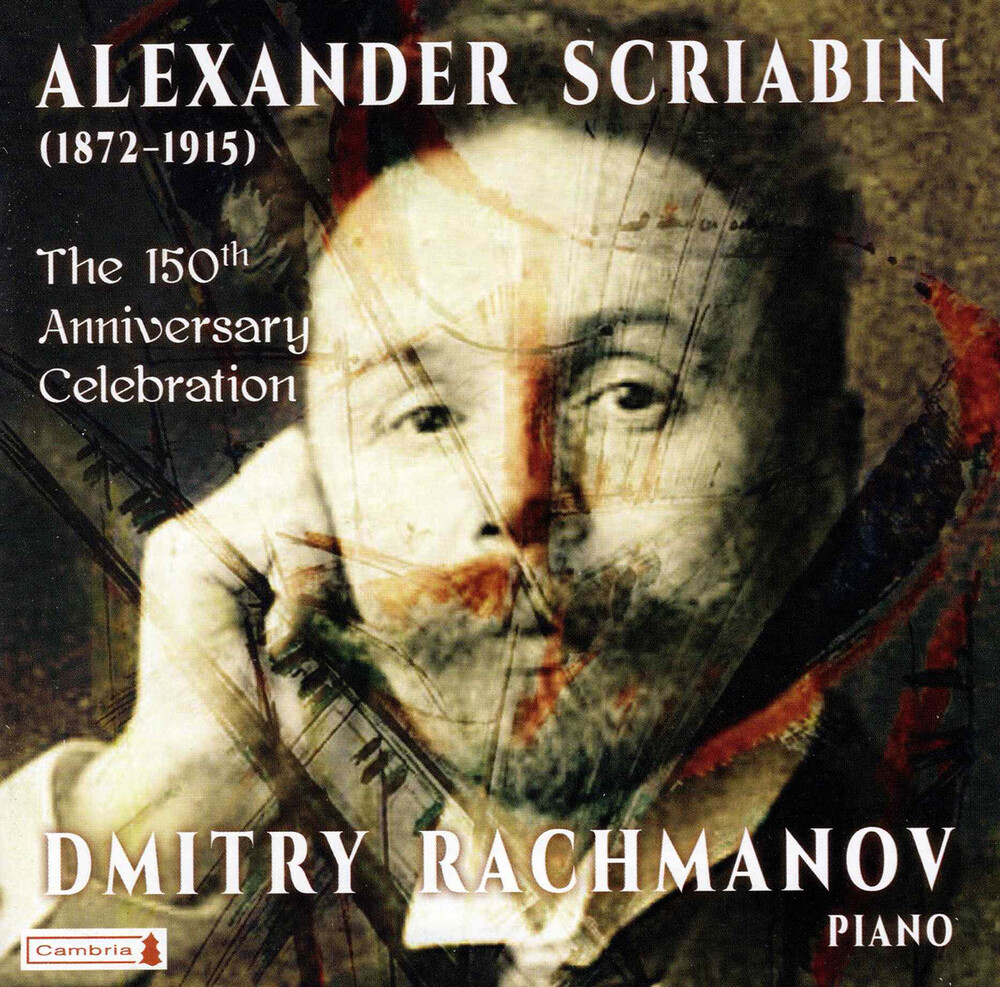 In honor of the 150th Anniversary of Alexander Scriabin's birth, Cambria is proud to present pianist Dmitri Rachmanov performing the complete piano works of Alexander Scriabin - a musical visionary, genius and individualist with an imitable artistic voice (Cambria 1272). Born in Moscow (1872), the son of an accomplished pianist and diplomat, he began formal music studies with Nikolai Zverev. Further study was at the Moscow Conservatory with Vasily Safonov, Sergei Taneyev and Anton Arensky. In 1891, Scriabin was awarded the Conservatory's highest honor - a Gold Medal (in piano playing). During this period, he began composing exquisite piano miniatures which revealed such talent that the foremost music publisher in Russia - Mitrofan Belaieff, honored the young musician with a handsome contract for his compositions and subsidized a highly successful European tour for Scriabin as a piano virtuoso in programs of his own works. La Libre Critique in Paris spoke of him as "a new exquisite na-ture, equally great as composer and pianist; an enlightened philosopher, all nerve and holy flame." From 1898 to 1904, Scriabin was a professor at the Moscow Conservatory but abandoned the position for composition and piano recitals; he toured the United States with great success in 1906. At the time, his compositions were undergoing a radical metamorphosis, largely due to his increasing interest in mysticism and philosophy. With the exception of a small handful of chamber works and only six orchestra works, Scriabin's imposing output of over 170 compositions was written for piano.