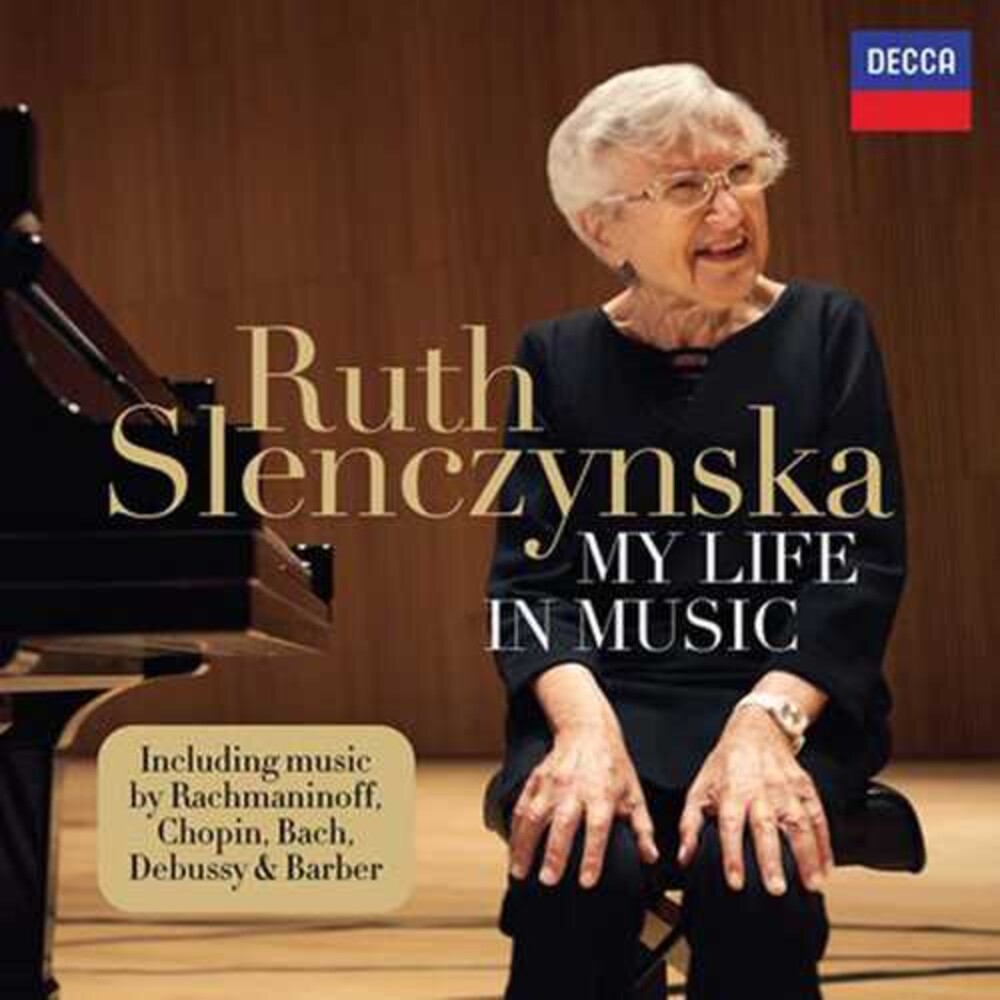 Having recorded for the Decca Gold Label in the 1950s and 60s, the last living pupil of the great Russian composer-pianist Sergei Rachaminoff Ruth Slenczynska returns to the label nearly 60 years later to release a brand new solo piano album, recorded in 2021, entitled `My Life in Music'. The album celebrates her remarkable life and performing career which began as a child prodigy in the 1920s and continues nine decades later. Born in 1925 in Sacramento, California, to Polish immigrants, Slenczynska gave her concert debut at the age of four (just as the world entered the Great Depression), performed on television aged five and at six made her European concert debut in Berlin. 92 years later, the extraordinary pianist still performs to audiences around the world. As a child, Ruth Slenczynska was taught by some of the most celebrated pianists in history.

`My Life in Music' is inspired by Slenczynska's personal connections with Rachmaninoff, as well as American composer Samuel Barber, who was her fellow student and friend. Slenczynska heard Barber's now world-famous Adagio for Strings in the classroom, before it even had its title. Slenczynska also explores the music of Chopin throughout the new album, including a piece she performed at the memorial service of one of the greatest pianists of all time, Vladimir Horowitz, a life-long friend. Chopin's music formed Slenczynska's musical foundations, with her father making her play all 24 Ãtudes before breakfast every morning. Slenczynska went on to earn a reputation as one of the most celebrated Chopin interpreters. The album also features pieces by Debussy, Grieg and Bach which, for her, conjure memories of some of her great piano mentors: Egon Petri, Alfred Cortot and Josef Hoffman.

Ruth Slenczynska - My Life in Music