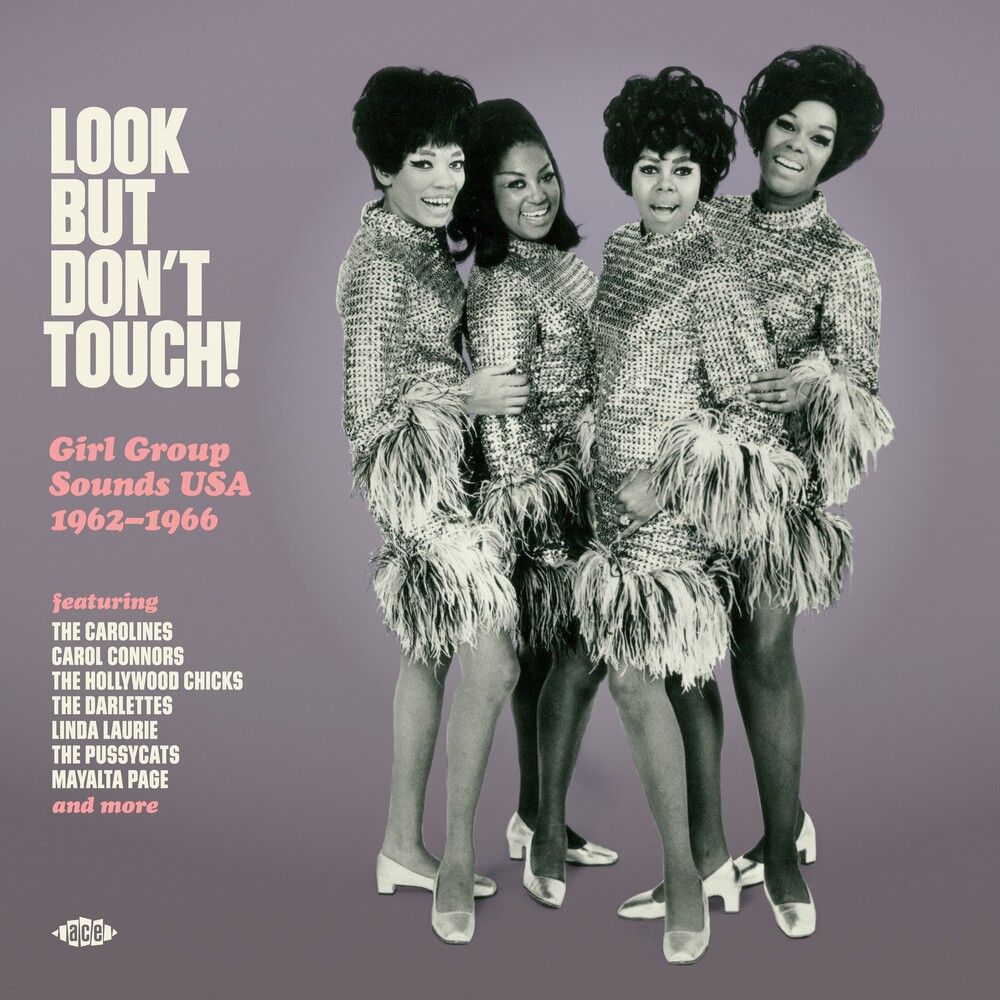 Ace Records has been the go-to source of 1960s girl group compilations since the release of our "Where The Girls Are", "Girls About Town" and "Stop, Look & Listen" vinyl albums back in the 1980s. The 10-volume "Where The Girls Are" CD series followed over the next 30 years or so, along with a number of standalone CD collections. These days, however, the 12-inch long-player is back as the format of choice for discerning collectors. "Look But Don't Touch!", the fourth in our current series of gorgeously packaged vinyl girl group compilations, drops this month. The album opens with the discotheque-friendly 'Hey, Rocky' by front cover stars the Shirelles of New Jersey, the USA's most successful girl group until the Supremes broke through and stole their thunder, and closes with the Bermudas' 'Chu Sen Ling', a record sure to appeal to those who favour the ethereal West Coast sound. Other highlights include the Hollywood Chicks' dance craze disc 'Tossin' A Ice Cube' (sic), which marks the recording debut of Barry White (on handclaps); great tracks by the Witches, the Pussycats and Linda Laurie from the catalogue of genius songwriter/producer Bert Berns; Mayalta Page's densely produced rarity 'Don't Worry About Me Baby (I Feel Just Fine)'; and, and for the girl group buff who has everything, 'He Calls Me Child' by Ohio duo the 2 Of Clubs and 'A Dumb Song' by the soulful Delicates, both of which are previously unreleased.