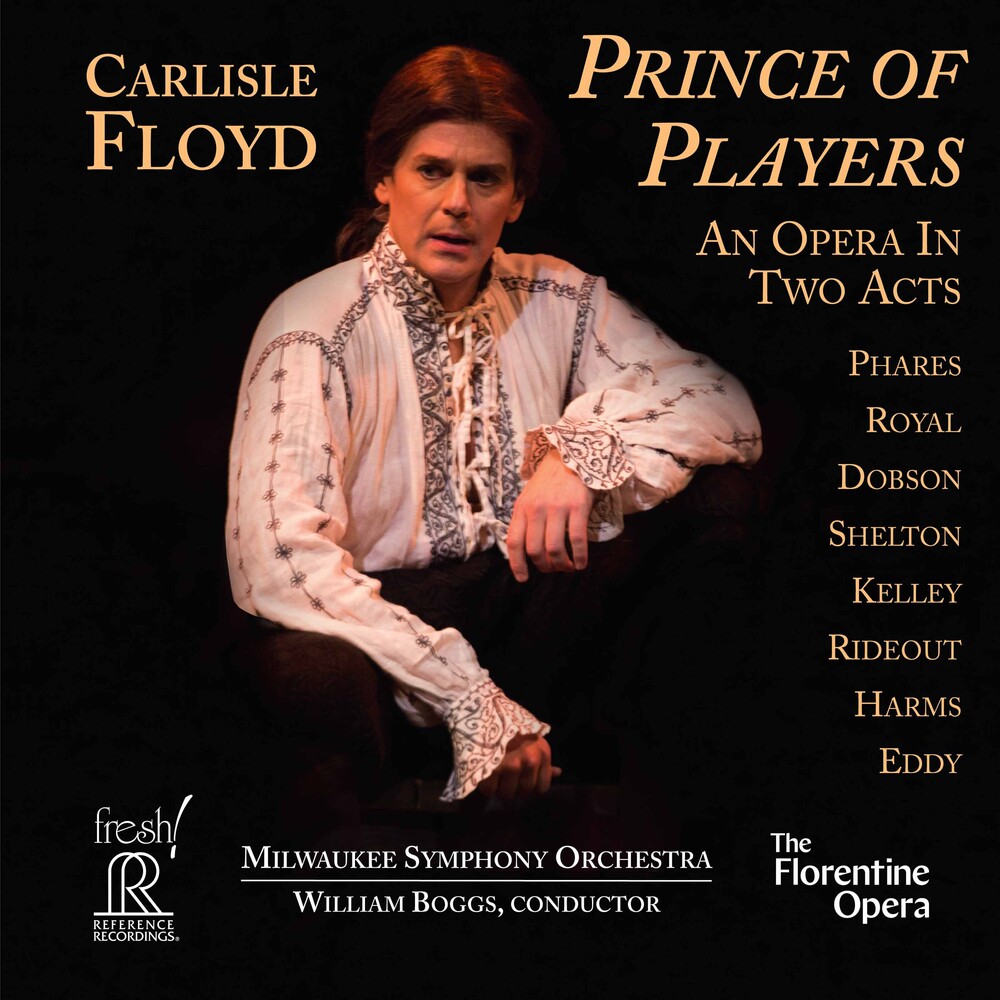 World Premiere Recording! The Florentine Opera brings Carlisle Floyd's daring new opera, "Prince of Players", to life! Floyd is one of the foremost composers and librettists of opera in the world today, and is considered the "Father of American Opera." During his long career, Floyd has composed 13 operas. His most recent, "Prince of Players", which premiered in March 2016 at the Houston Grand Opera, is based on the true story of the Restoration-era actor Edward Kynaston (1640-1706). The plot centers on the crisis faced by Kynaston when, by royal decree, he is prohibited from plying the craft that made him famous-playing female roles. With this Milwaukee production, the Florentine Opera gives Prince of Players it's world-premiere live recording.