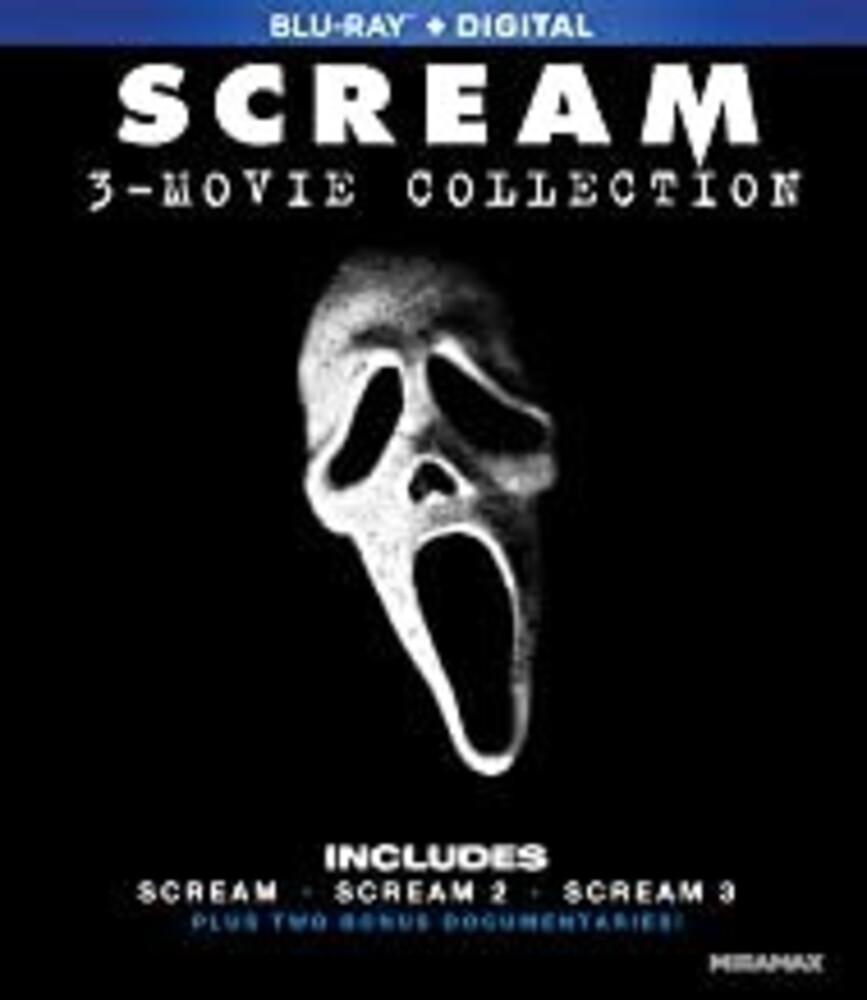 SCREAM: An offbeat group of scary movie fans become the target of a masked killer in this smash-hit thriller from legendary director Wes Craven (A NIGHTMARE ON ELM STREET) that breathed new life into the horror genre. SCREAM 2: While away at college, Sidney Prescott thought she'd finally put the terror behind her...until a copycat killer begins acting out a real-life sequel in which no one is safe, or beyond suspicion. SCREAM 3: The first film set the rules. In the sequel, the stakes got higher. In the third installment of the hit franchise SCREAM, all bets are off. It's an insidious game of horror movie mayhem with surprising twists and turns.

Scream 2 (1997) The ghost-faced killer from the first film is gone, and the survivors are trying to get on with their lives. But when the debut of a horror movie based on the murders called "Stab" is marred by copycat killings, it becomes clear to everyone that a new round of terror is about to begin. Neve Campbell, Courteney Cox, David Arquette, Jerry O'Connell, Sarah Michelle Gellar, and Jada Pinkett star in this spooky, witty sequel. 120 min. R