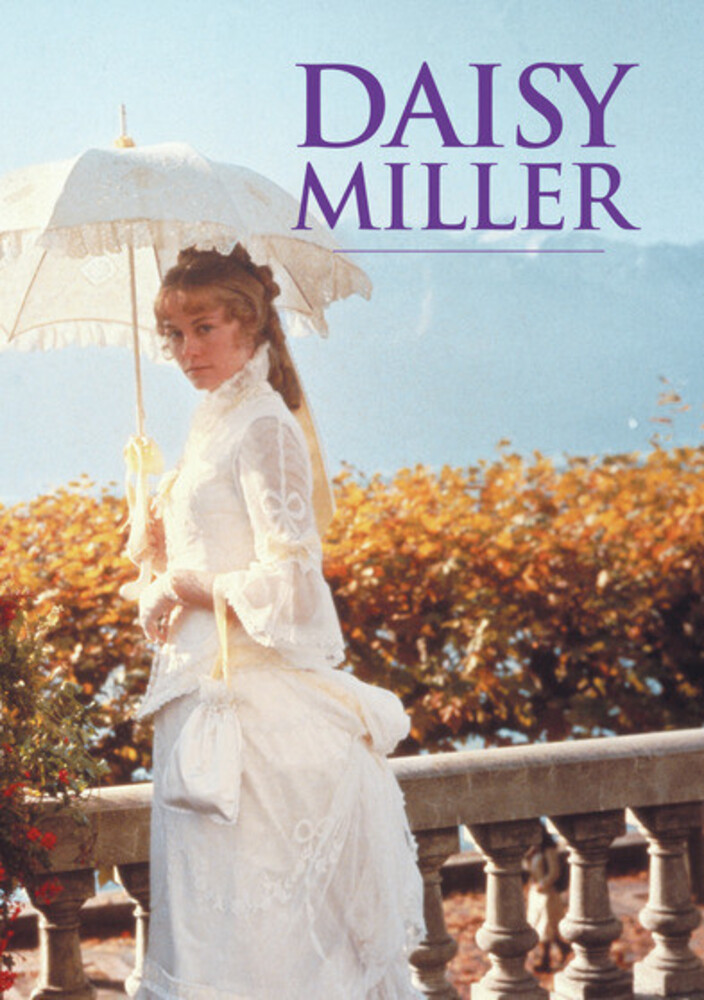 At a Swiss spa, upper-class expatriate American Frederick Winterbourne (Barry Brown) meets pretty, nouveau riche flirt Daisy Miller (Cybill Shepherd); her bratty, xenophobic little brother Randolph (James McMurtry); and her tremulous, nattering mother (Cloris Leachman). Despite warnings from his dowager aunt (Mildred Natwick) about Daisy's recklessness with men, Winterbourne finds himself drawn to her. When he encounters her again in Rome, he tries to convince her that her liberated behavior with an Italian admirer (Duilio Del Prete) may sully her reputation in aristocratic circles. But Winterbourne cannot reconcile his feelings for Daisy with the manners that he is used to following, nor can he fathom how she may feel about him beneath her veneer of willful coquetry. After society matron Mrs. Walker (Eileen Brennan) ostracizes her, Daisy's final rash action reveals to Winterbourne how his old-fashioned mores may have sealed her fate. With a screenplay by Frederic Raphael and location shooting in Rome and Switzerland, Bogdanovich carefully recreated the rich surroundings and stultifying the social strictures of James' story. INCLUDES: Daisy Miller Cybill Shepherd is sensational as Daisy Miller, a woman who did as she pleased, but seldom pleased anyone except herself. Daisy Miller is adapted from Henry James' classic novella about an expatriate American living abroad in Europe with her daffy mother and bratty kid brother. Daisy is very liberated and very much ahead of her time as her behavior scandalizes the Victorian high society of 1878. THE DIRECTORS COMPANY PRESENTS A PETER BOGDANOVICH PRODUCTION DAISY MILLER STARRING CYBILL SHEPHERD BARRY BROWN MILDRED NATWICK EILEEN BRENNAN DUILIO DEL PRETE AND CLORIS LEACHMAN BASED ON THE STORY BY HENRY JAMES SCREENPLAY BY FREDERIC RAPHAEL DIRECTED AND PRODUCED BY PETER BOGDANOVICH A PARAMOUNT PICTURES RELEASE COMMENTARY BY DIRECTOR PETER BOGDANOVICH DAISY MILLER - AN INTRODUCTION BY PETER BOGDANOVICH