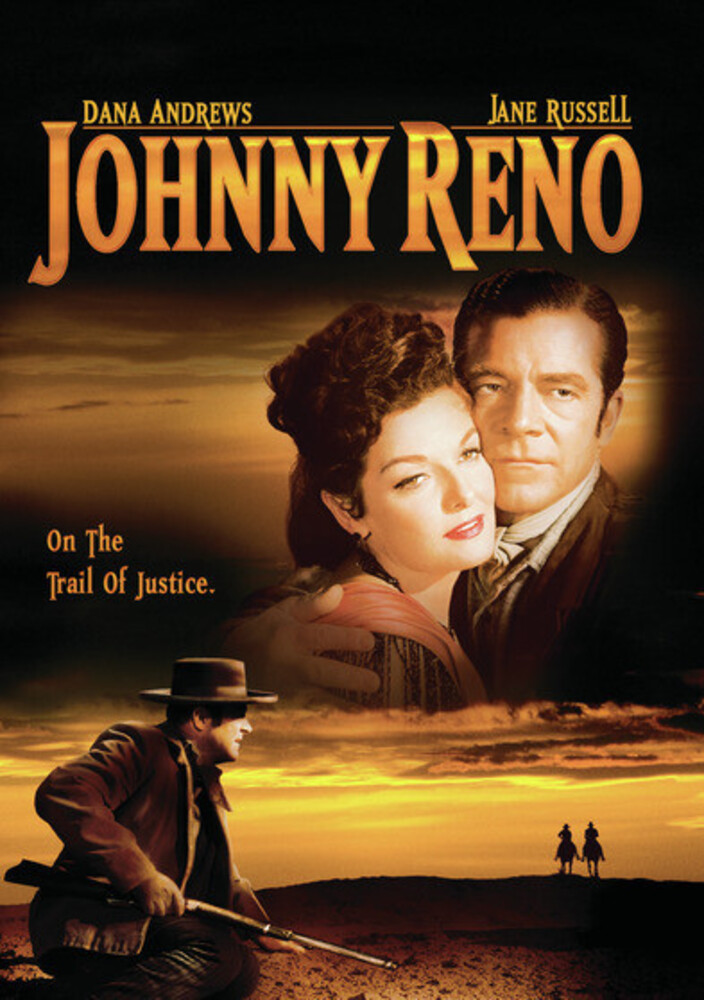 BACK ON DVD! The citizens of the sleepy town of Stone Junction want nothing more than to lynch the outlaw they have sitting in their jail. But they'll have to get through hard-bitten U.S. Marshal Johnny Reno first! In a story of courage, romance and revenge, Dana Andrews (Laura, The Best Years of Our Lives) portrays Reno, a man of ideals who finds himself standing alone against the powder keg of mob justice. Also starring film legends Jane Russell (Gentlemen Prefer Blondes) and Lon Chaney Jr. (The Wolf Man), Johnny Reno packs enough pistol-packing action to keep you riveted through the final, gun-blazing showdown!