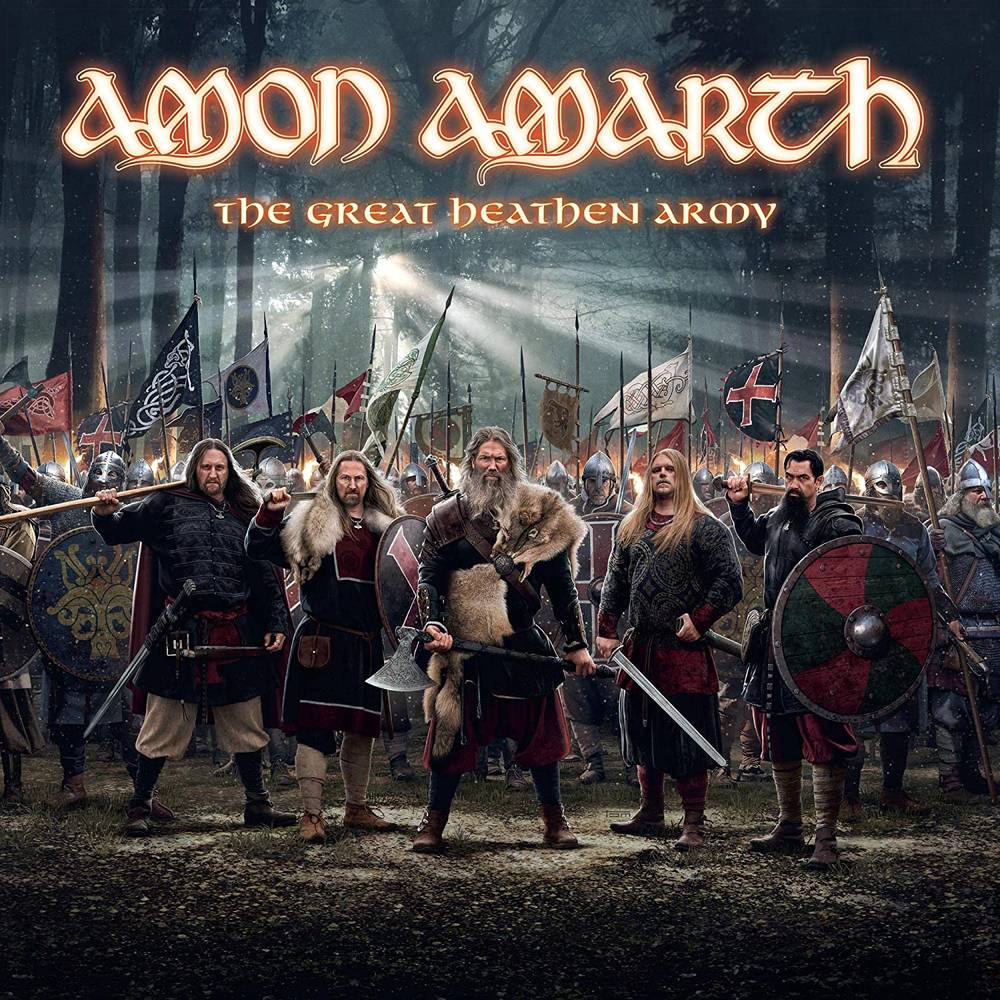 2022 release. From pole to pole and sea to sea, Amon Amarth are undisputed kings of Viking heavy metal. Formed in Tumba, Sweden, in 1992, they have forged an extraordinary legacy over three decades of thunderous, anthemic metal, all rich in the magical imagery of Viking history, folklore and culture. Now reaping the rewards of all those years of hard work, Amon Amarth are now regarded as one of the metal world's most vital and imperious live acts. One of the best-loved metal bands in the world, Amon Amarth are firmly dedicated to aiming high when they hit the studio. Recorded with esteemed studio guru Andy Sneap at the controls, The Great Heathen Army represents another bold leap forward for the band, as their trademark sound undergoes yet another skilful, evolutionary overhaul, both lyrically and musically. From the noisily rabble-rousing Find A Way Or Make One and the pummelling, pugilistic Get In The Ring, to the evocative fury of Saxons & Vikings and the cinematic squall of the title track, The Great Heathen Army encapsulates the essence of this legendary band, while still allowing acres of space for new ideas.