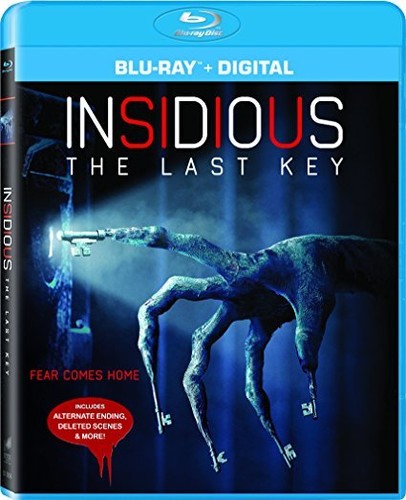 The creative minds behind the hit Insidious franchise bring you the most horrifying chapter of the series, Insidious: The Last Key. In this gripping Blumhouse film, Lin Shaye reprises her role as parapsychologist Dr. Elise Rainier, who returns to her family home to face the unrelenting demons that have plagued her since childhood. Accompanied by her two investigative partners, Specs and Tucker, Elise must delve deeper into the Further to unlock the mystery and destroy her greatest fear.