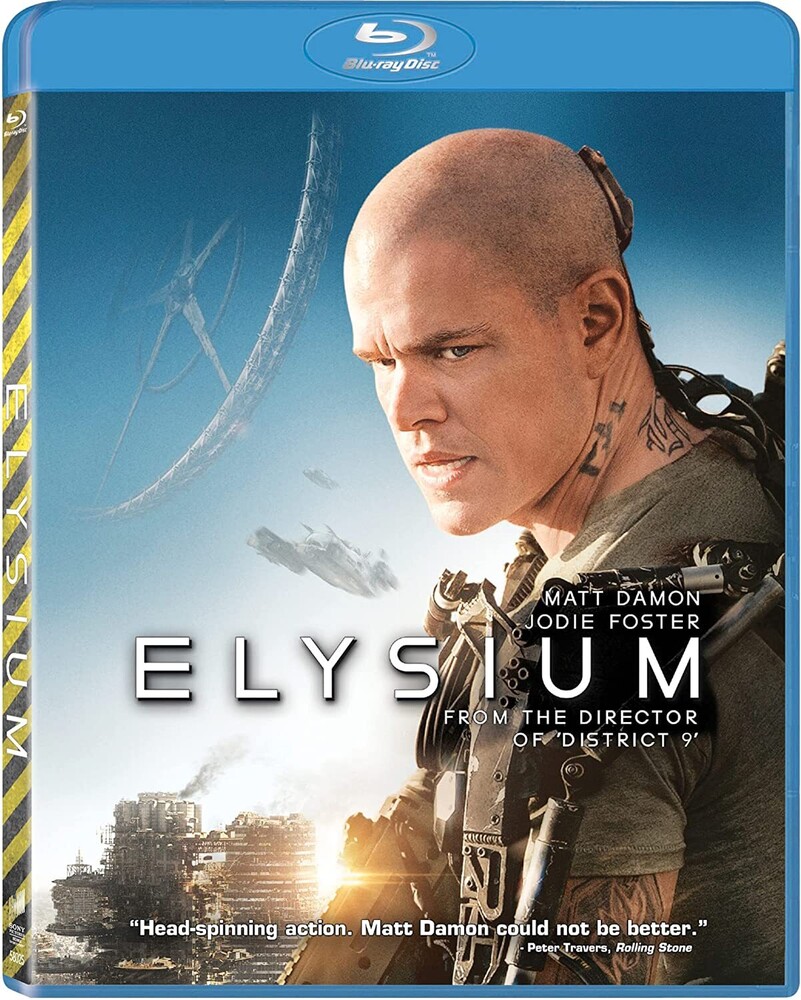 A century from now, the most privileged of Earth's populace will have abandoned the planet for the luxurious orbiting colony of Elysium, leaving a globe ravaged by environmental and economic collapse to the rest of us. A radiation-stricken factory grunt (Matt Damon) gets promised a cure by revolutionaries for his participation in a corporate kidnapping, but the evidence of corruption he uncovers makes him a target of Elysium's power-hungry defense secretary (Jodie Foster). Alice Braga, Sharlto Copley, William Fichtner co-star. 109 min. Widescreen; Soundtrack: English.