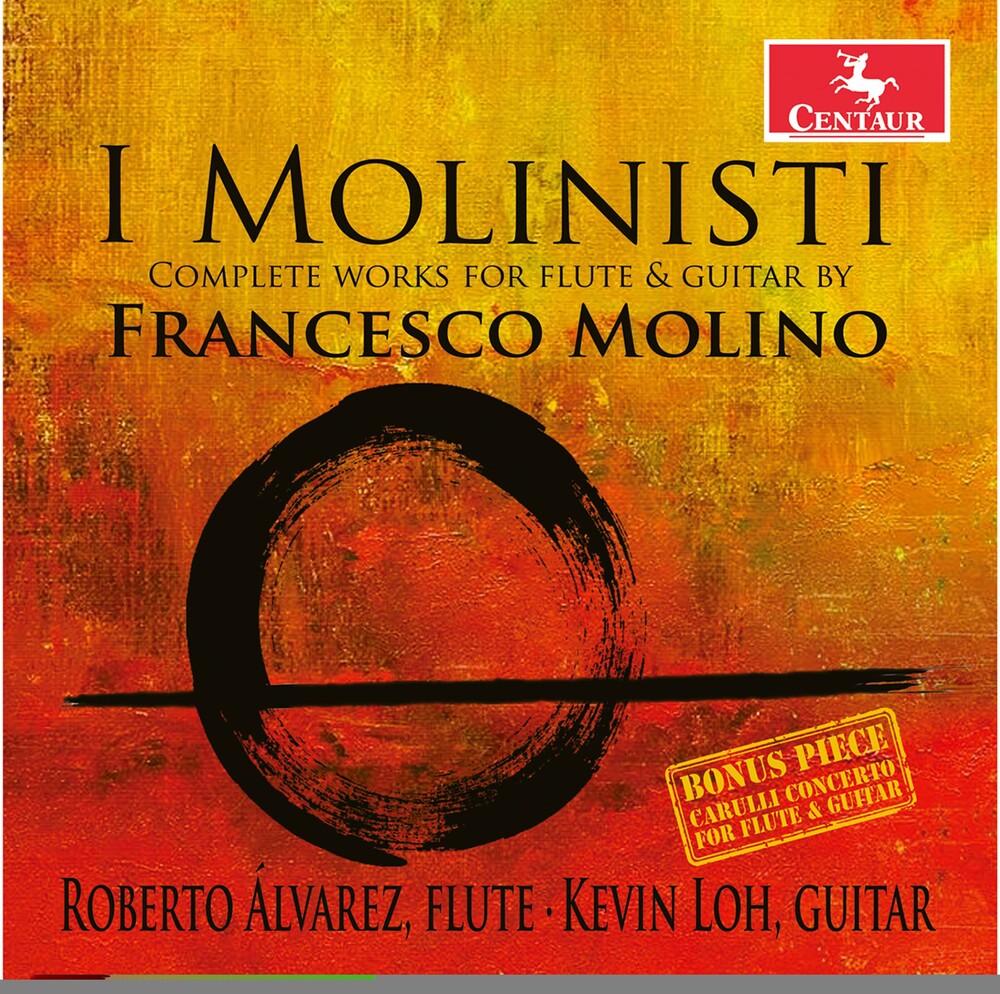 In the early 19th-century, a rivalry existed between two of Italy's greatest guitarists/composers, Francesco Molini and Ferdinando Carulli. This album features not only the complete Molino works for flute and guitar, but also the Carulli Concerto for Flute and Guitar. Both composers are wonderful, as are these performances. Diversity of styles is a hallmark of Roberto Alvarez's concerts and recitals. As a matter of fact he feels just as comfortable performing classical, baroque or avant-garde music as well as Celtic, jazz or rock. He has received various international prizes, such as the Diploma of Honor in the Torneo Internazionale di Musica, Concurso Internacional de MÃºsica "Paper de Musica" de Capellades, the Angel MuÃ±Ã­z Toca Award and the Ciutat de Manresa Prize. Born and raised in Singapore, Kevin Loh is a recipient of the Fellowship of the Royal Schools of Music, the 2018 Goh Soon Tioe Centenary Award and the 2010 HSBC Youth Excellence Award for Musical Excellence. He was talent-scouted by The Yehudi Menuhin School via his YouTube channel when he was only 12 years old and was awarded a grant by The Rolling Stones to study at the prestigious music school as their first Asian guitarist.