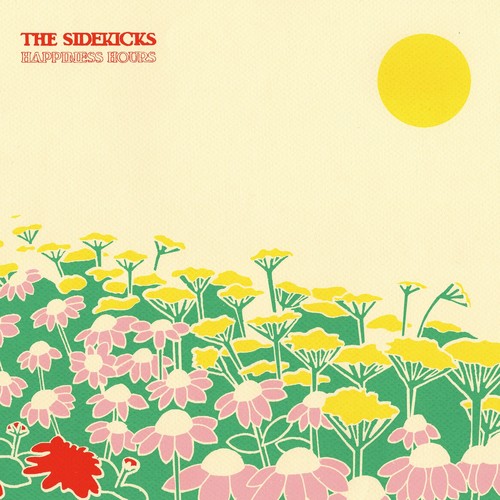 On May 18, Ohio-based band The Sidekicks will release their fifth album, Happiness Hours. Nearly three years in the making, Happiness Hours follows 2015’s critically acclaimed Runners in the Nerved World.

Produced, engineered, and mixed by John Agnello (Sonic Youth, Dinosaur Jr., Kurt Vile), Happiness Hours features some of the sunniest, most ebullient songs The Sidekicks have ever recorded—all ringing guitars, charging drums, and soaring vocals. That dynamic is more than apparent on the infectious lead single “Twins Twist,” which premieres today.

With its warm harmonies and shining melody, bouncing groove and bittersweet lyrics, “Twins Twist” also reveals the more narrative-driven direction that The Sidekicks pursued in creating Happiness Hours. As vocalist/guitarist Steve Ciolek explains, those narratives reach squarely toward a kind of universal experience.

“They are relative to my life, but they aren’t just about me,” says Ciolek, whose bandmates include drummer Matt Climer, guitarist/vocalist Toby Reif, and bassist/vocalist Ryan Starinsky. “Unlike when you’re a kid, when every song has to be about falling in love or breaking up—about me, me, me—you get to a point when you really want your art to be inclusive. You want everyone to be able to locate themselves somehow in your songs.”