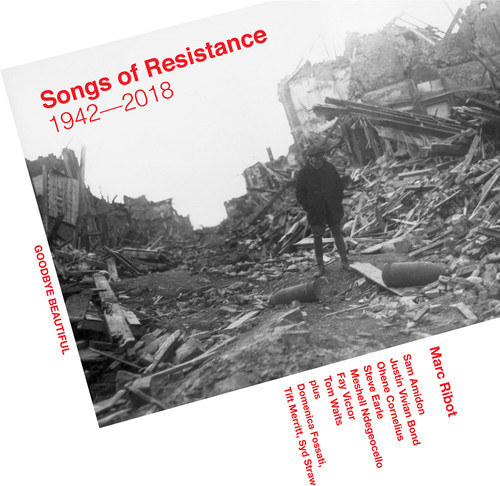 With his new album Songs of Resistance 1948 - 2018, Ribot—one of the world’s most accomplished and acclaimed guitar players—set out to assemble a set of songs that spoke to this political moment with appropriate ambition, passion, and fury. The eleven songs on the record are drawn from the World War II anti-Fascist Italian partisans, the U.S. civil rights movement, and Mexican protest ballads, as well as original compositions, and feature a wide range of guest vocalists, including Tom Waits, Steve Earle, Meshell Ndegeocello, Justin Vivian Bond, Fay Victor, Sam Amidon, and Ohene Cornelius. Over a forty-year career, Ribot has released twenty-five albums under his own name and been a beacon of New York’s downtown/experimental music scene, leading a series of bands including Los Cubanos Postizos and Ceramic Dog. Since his work with Tom Waits on 1985’s Rain Dogs album, though, he is best known to the world as a sideman, playing on countless albums by the likes of Elvis Costello, John Mellencamp, Norah Jones, the Black Keys, and Robert Plant and Alison Krauss’ Grammy-winning collaboration Raising Sand.