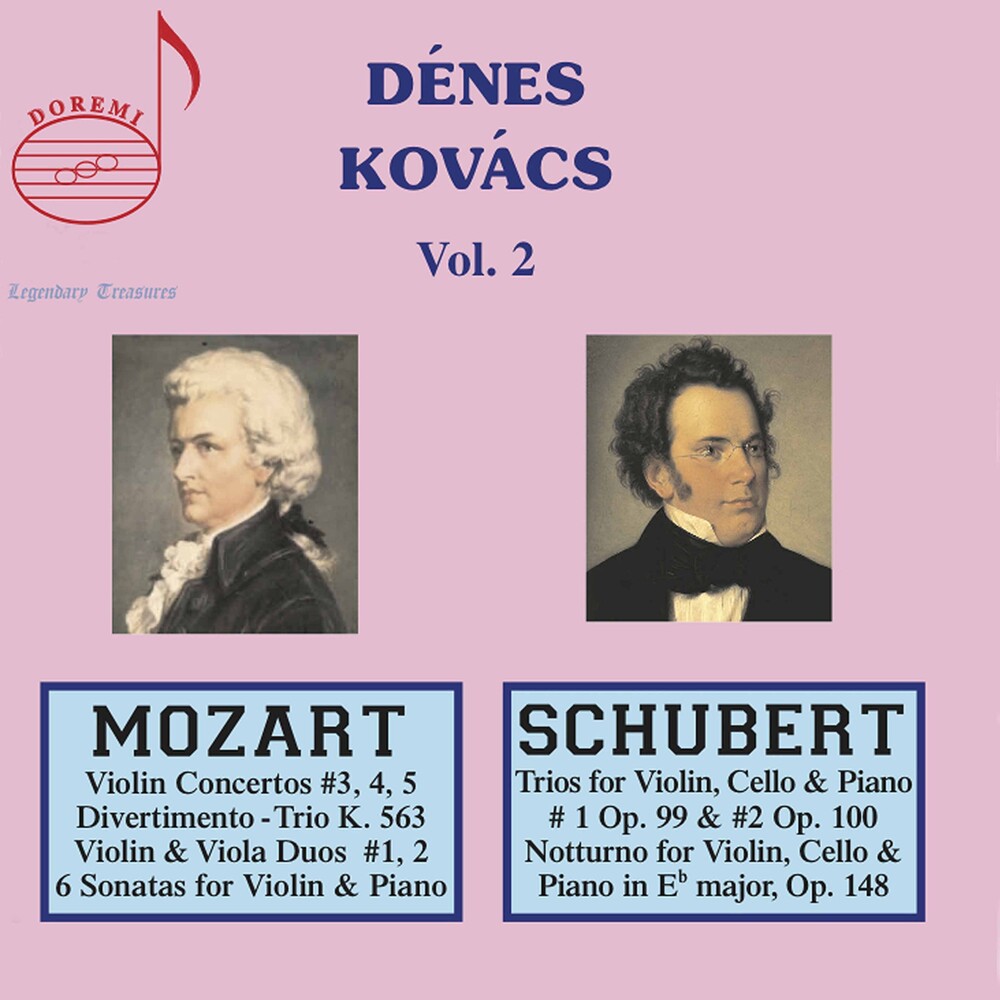 Born April 18, 1930, Dénes Kovács began violin lessons at six, becoming Dezso Rados' student at the Fodor Music School two years later. When he was fourteen, he began his studies at Budapest's Liszt Academy in the class of Ede Zathureczky. Graduating in 1951, he began his professional career, playing first in the army's Central Arts Ensemble, and for a decade, leader of the Hungarian Opera House Orchestra. In 1955, he took first prize in the Carl Flesch competition in London, inaugurating an international career that lasted for the rest of his life. He performed widely and recorded the great works of the violin: Concertos, chamber and solo repertoire from the baroque period to the present, including all the Beethoven sonatas and string trios, Bach's sonatas and partitas for solo violin, Bartok's works for violin, and many concertos by his Hungarian contemporaries. He began teaching at the Liszt Academy of Music in 1957, becoming head of the violin department in 1959, and professor five years later. He was appointed Rector of the Academy in 1968. His contributions to music were abundantly recognized in Hungary, where he received the Liszt Prize, (1955, 1958), the Kossuth Prize (1963), and the Béla Bartók - Ditta Pásztory Prize (1989, 2000). In 1970 he was named Eminent Artist of the Hungarian People's Republic. On this second volume dedicated to his recordings, the works of Mozart and Schubert are featured.