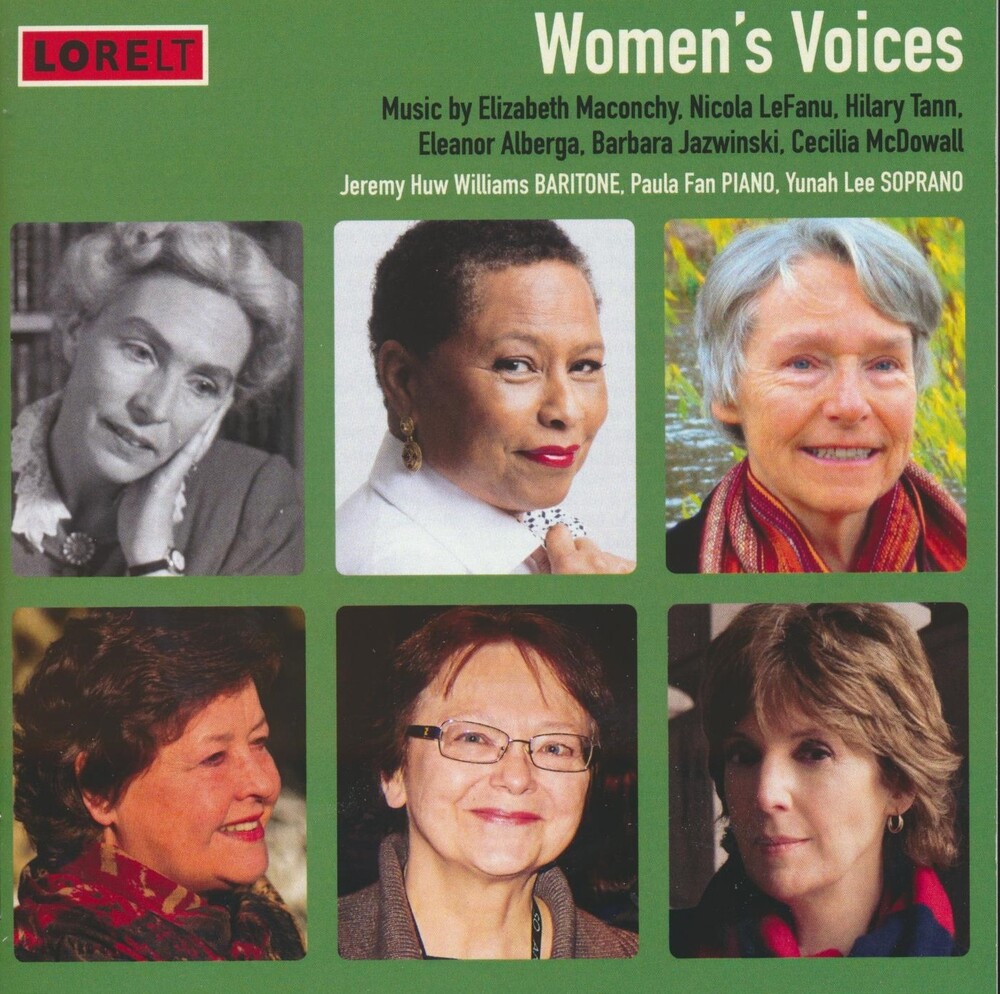 The voices of six women composers are celebrated by baritone Jeremy Huw Williams and soprano Yunah Lee on this ambitious release. Nicola LeFanu's The Swan is a scena for baritone, specially written for Huw Williams, describing a migrating swan. On reading a selection poems about Saint Melangell, Welsh-born composer Hilary Tann, was drawn to a set of six poems by former Welsh poet laureate, Gwyneth Lewis. Lewis gave Tann permission to recreate three of the poems for her Melangell Variations. Eleanor Alberga connects four poems by George Eliot, Emily BrontÃ« and Elizabeth Barrett Browning, to create The Soul's Expression, a piece which was commissioned with funds from the PRS for Music Foundation 'Women Make Music'. Barbara Jazwinski's The Girl By The Ocean was composed in 2015 and is based on a poem written by her daughter, Maria. Cecilia McDowall has won many awards including the 2014 British Composer Award. If I Touched The Earth was commissioned by Jeremy Huw Williams in association with the Ralph Vaughan Williams Trust to mark the centenary of Dylan Thomas and takes three of Welsh poet's pieces as inspiration. The CD opens with Four Shakespeare Songs by Elizabeth Maconchy. Maconchy had composed a wealth of music for a wide range of mediums: opera, orchestral, chamber, choral and vocal works. Her four pieces here are founded in familiar Shakespeare texts: Twelfth Night, Measure For Measure and Othello... a fitting celebration for the composer who passed away in 1994.