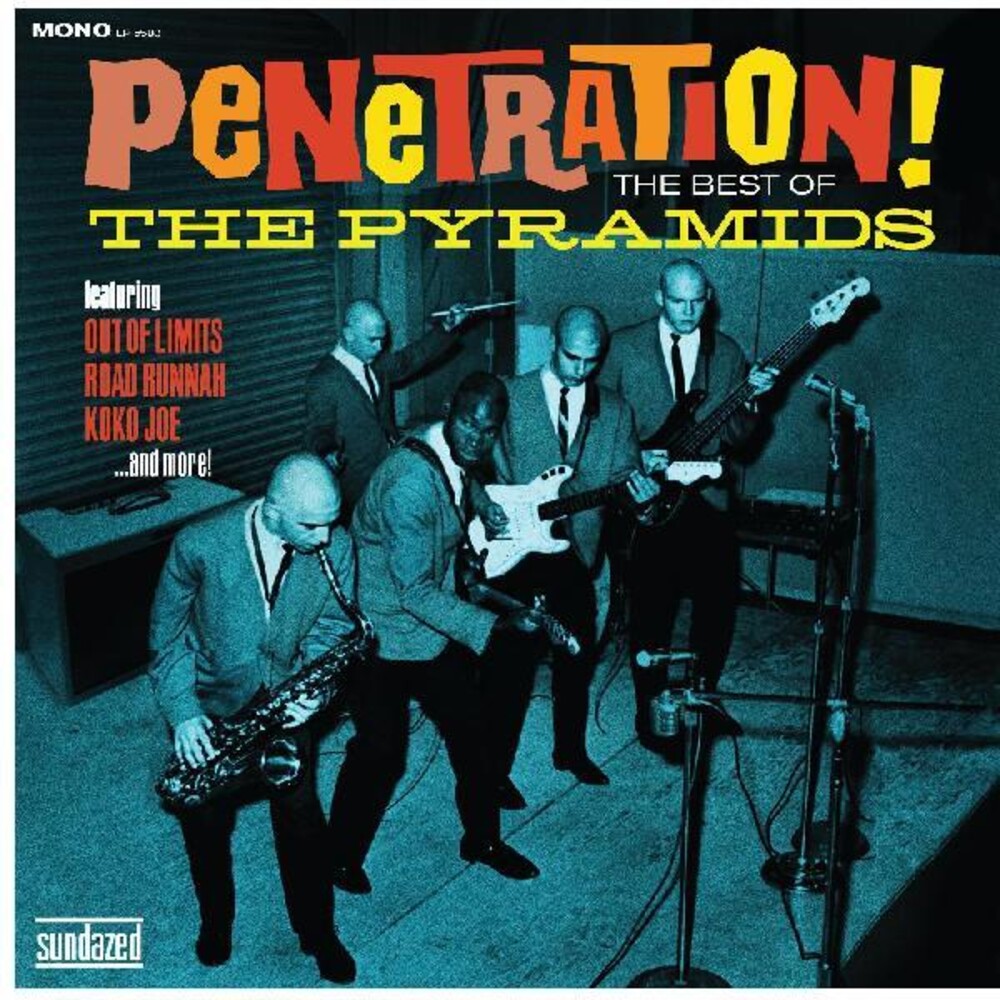 Limited turquoise colored vinyl LP pressing. A gonzo crew of shaved-headed, sax-blowing, reverb-stomping maniacs, the fivesome tore it up on the stages of unsuspecting West Coast teen haunts and hit the big screen via the 1964 B-Movie "Bikini Beach." The album features "Penetration," one of the undisputed all-time surf cornerstones! Back in the 1960s, when surf music was burning up and down the beaches of the Southern California coastline, it was often a gimmick that made one band stand out from the others. The Pyramids simply had great surf music... and bald heads. Their big hit, "Penetration," stayed in the top ten (Billboard) for 13 weeks reaching as high as #4 nationally. Only The Beatles kept the song from going higher. The Pyramids appeared on American Bandstand (twice), The Bob Eubanks Show, Shebang, Dave Hull's Hullabaloo, and The Lloyd Thaxton Show. The band went on to record a handful of killer singles and one album before splitting up in 1965. Now back in print after 25 years, the Pyramids are back in action and ready to rock!