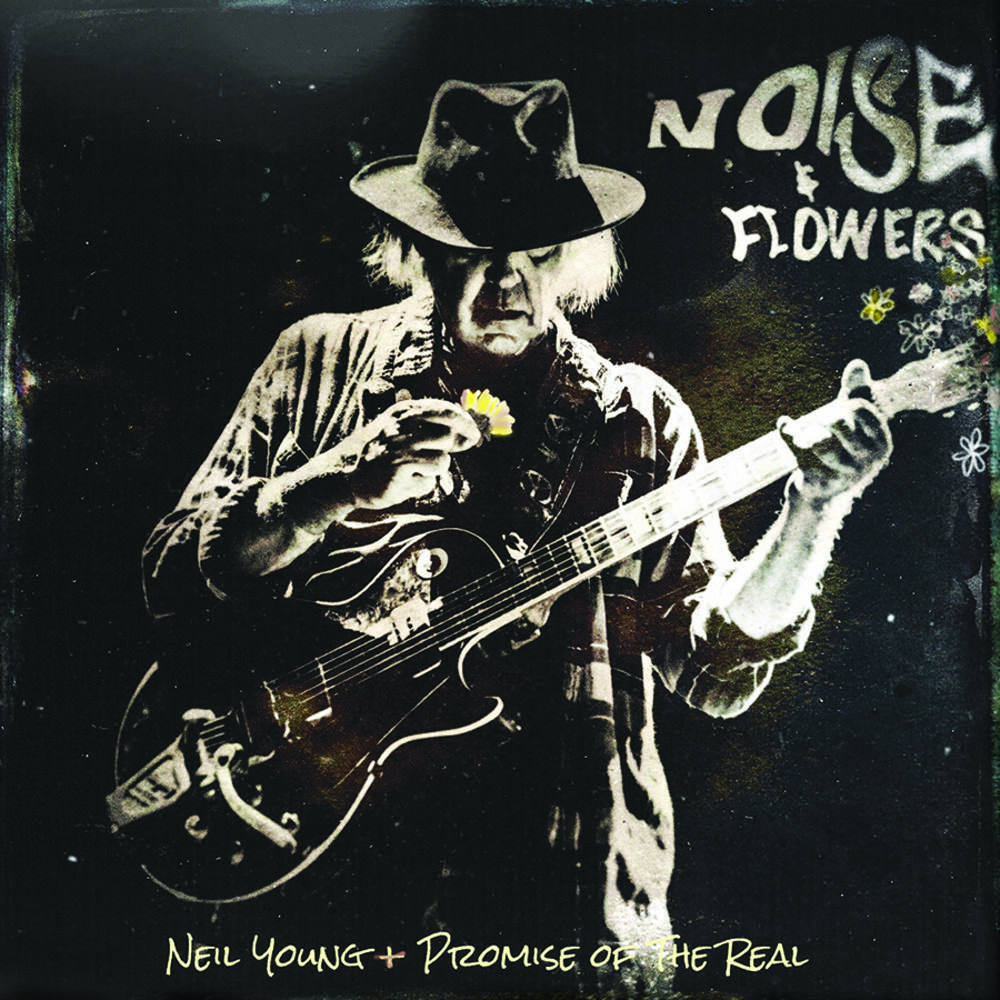 Neil Young + Promise Of The Real announce a new live album, Noise & Flowers, that captures the group in all their glory on their 2019 European tour. The release will be accompanied by a similarly titled concert film thats included in the albums 2xLP+CD Deluxe Edition.

Noise & Flowers documents a 9-date tour that began just two weeks after Youngs lifetime friend and manager of more than 50 years, Elliot Roberts, passed away at age 76. Performing alongside a photograph of Roberts taped to his road case, Young approached each show as a celebratory memorial service to honor his late friend. Its a trek the legendary singer/songwriter describes as wondrous.

Playing in his memory [made it] one of the most special tours ever, Young says in the albums liner notes. We hit the road and took his great spirit with us into every song. This music belongs to no one. Its in the air. Every note was played for musics great friend, Elliot. In paying tribute to the manager who guided Youngs career for over a half-century, Noise & Flowers explores all corners of his vast discography.

It balances all-timer anthems (Mr. Soul, Helpless, Rockin in the Free World) with rarely aired 70s deep cuts (Field of Opportunity, On the Beach) and 90s gems (From Hank to Hendrix, Throw Your Hatred Down). His frequent backing band since 2015, Promise of the Real effectively bridges the extremes in Youngs sound, infusing his raging rockers and country serenades with their casual brilliance and telepathic intuition.