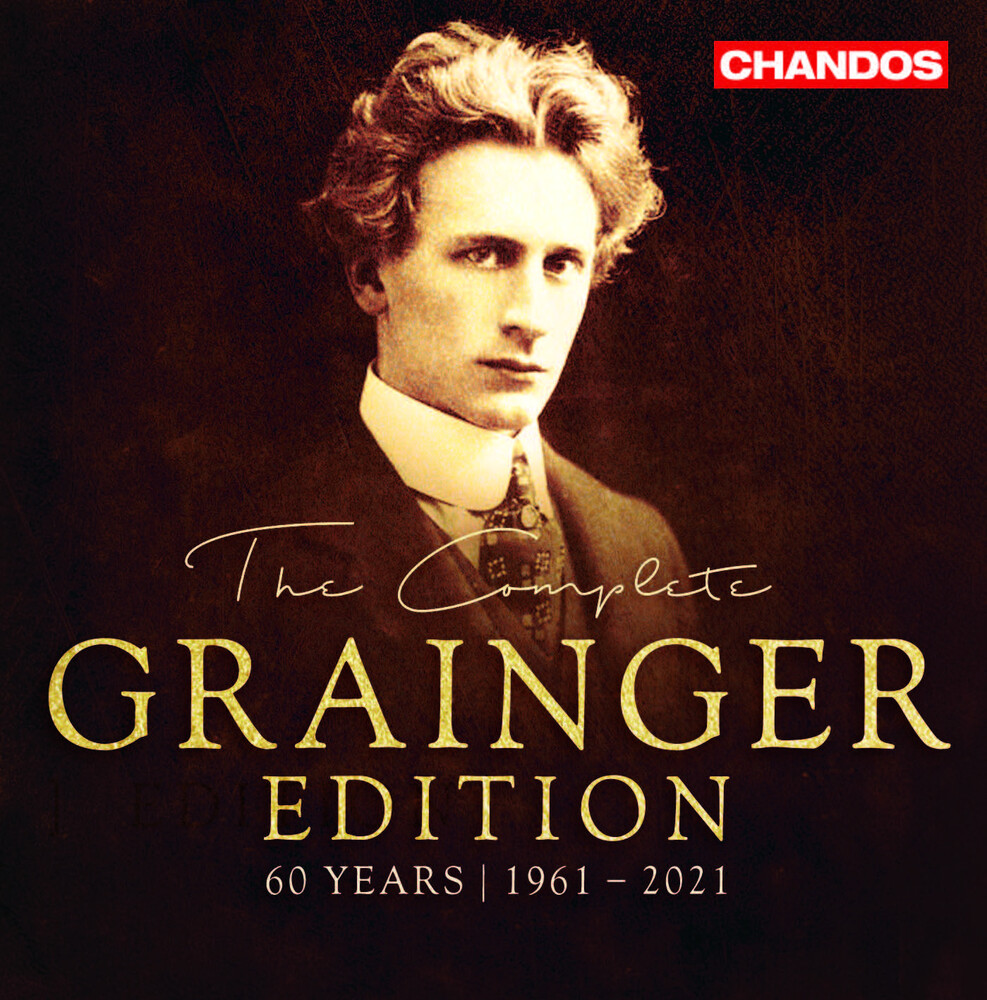 Released to mark the sixtieth anniversary of the death in 1961 of Percy Grainger, The Complete Grainger Edition contains all twenty-one Chandos albums of his works in a luxurious boxed set. The Australian-born composer and pianist was one of music's most original voices and his compositions, especially his arrangements of folksongs, include some of the world's most well-loved pieces. He studied piano from an early age and, by the time he reached the age of twenty, had already thought out or formulated the majority of his compositions. The following years saw him feverishly reworking and re-arranging these pieces for different forces; in fact it was Grainger who conceived the idea of 'elastic' scoring: a work having an almost limitless number of performable versions, all showing a wonderful sense of instrumental coloring. An enthusiastic participant in the English folksong movement, Grainger collected more than 500 folksongs, on which he drew both for his impressive original works and for his imaginative arrangements, 'Country Gardens' and 'Molly on the Shore' being among the best known. Towards the end of his life, Grainger became fascinated with the idea of 'Free Music', music not limited by time or pitch intervals. The mechanical devices he created in partnership with the scientist Burnett Cross are today regarded as crude forerunners to the modern electronic synthesizer.