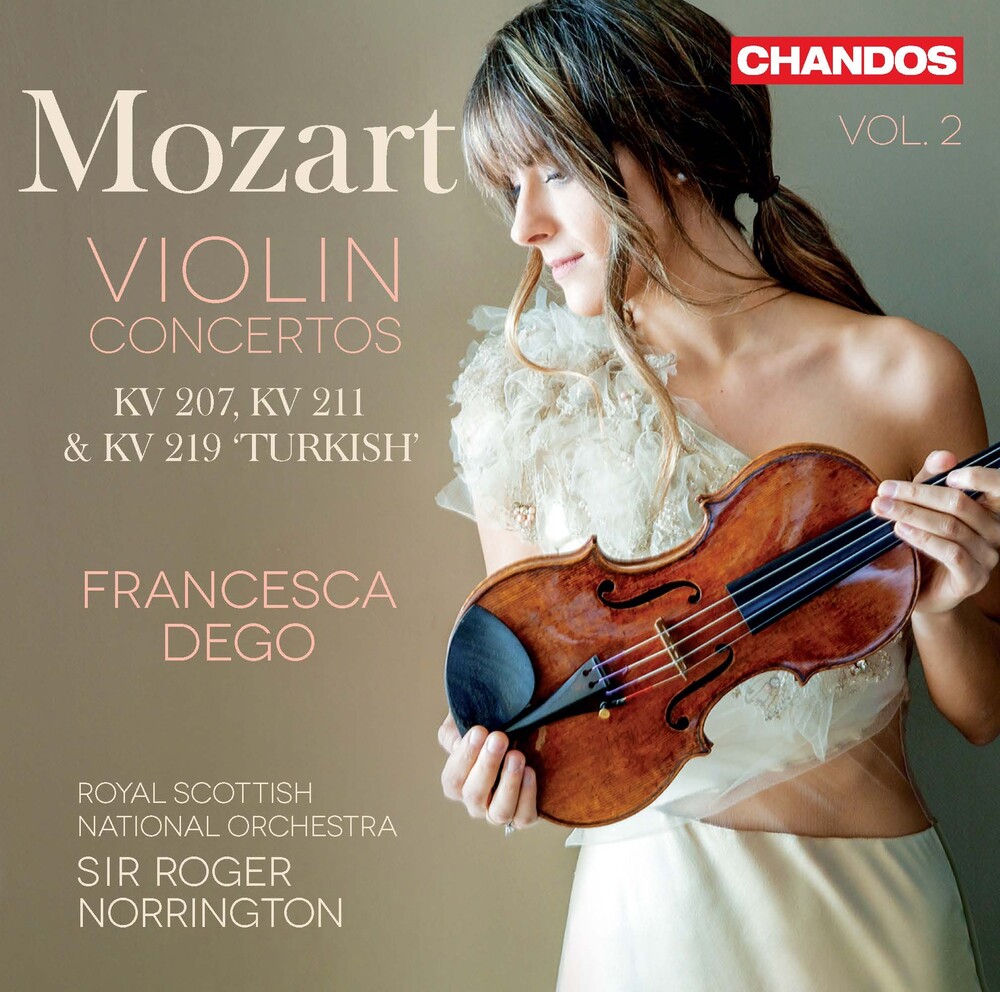 Following their critically acclaimed first volume of Mozart's violin concertos (CHAN 20234), Francesca Dego and Sir Roger Norrington complete the set, once again with outstanding support from a reduced Royal Scottish National Orchestra. This cycle not only represents the first time Sir Roger has recorded these concertos, but the present album is also his final recording project. All five concertos were written before Mozart was twenty; nevertheless, his rapid development as a composer is evident in the progression from the first to the fifth, which has an unusual Adagio section within the first movement, an extensive slow movement, and of course the extensive 'Turkish' episode in the final movement (probably based on Hungarian folk music). Whilst given on modern instruments with metal strings, these are performances immersed in Norrington's lifetime of experience in period performance practice. As The Sunday Times noted of the first album: 'Pairing the veteran Mozartian Norrington - a pioneer of historical performance practice - with the young Italian-American soloist Dego proves inspiring in what promises to be one of the freshest of recent cycles of the Mozart concertos.'