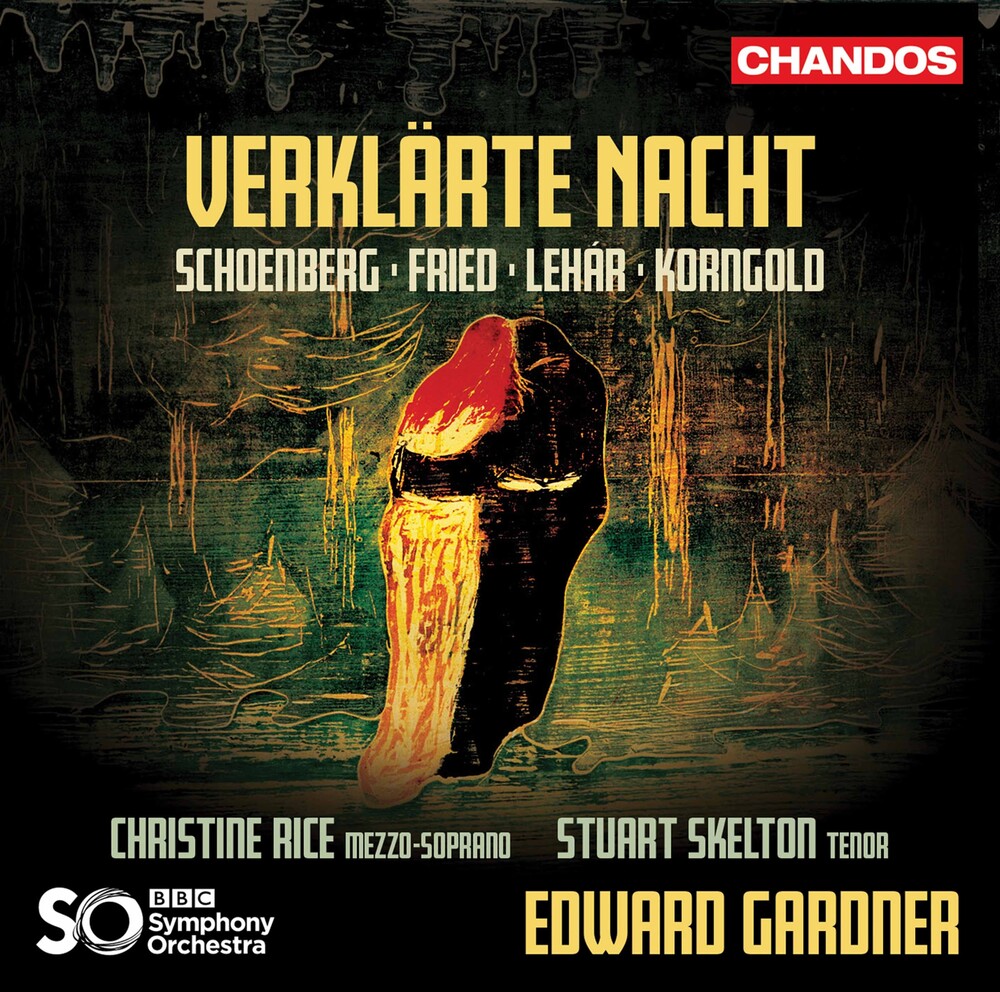 Hot on the heels of their acclaimed recording of Britten's Peter Grimes, Stuart Skelton and Edward Gardner join forces with Christine Rice and the BBC Symphony Orchestra for this fascinating programme of early twentieth-century works. Schoenberg's VerklÃ¤rte Nacht needs no introduction, but far rarer is Oscar Fried's contemporaneous setting of the same poem. Composed in 1901 for soloists and orchestra, Fried's version is a true setting of (as opposed to Schoenberg's reflection on) the text by Richard Dehmel. LehÃ¡r wrote Fieber in 1915 as the closing part of his song cycle Aus eiserner Zeit - he then made the orchestral setting a year later. Korngold's Lieder des Abschieds (Songs of Farewell) date from the early 1920s, whilst he was still in Vienna, and shortly after he had completed the opera Die tote Stadt. Setting poetry by Christina Rossetti, Edith Ronsperger, and Ernst Lothar, the cycle is a poignant reflection on the Great War.