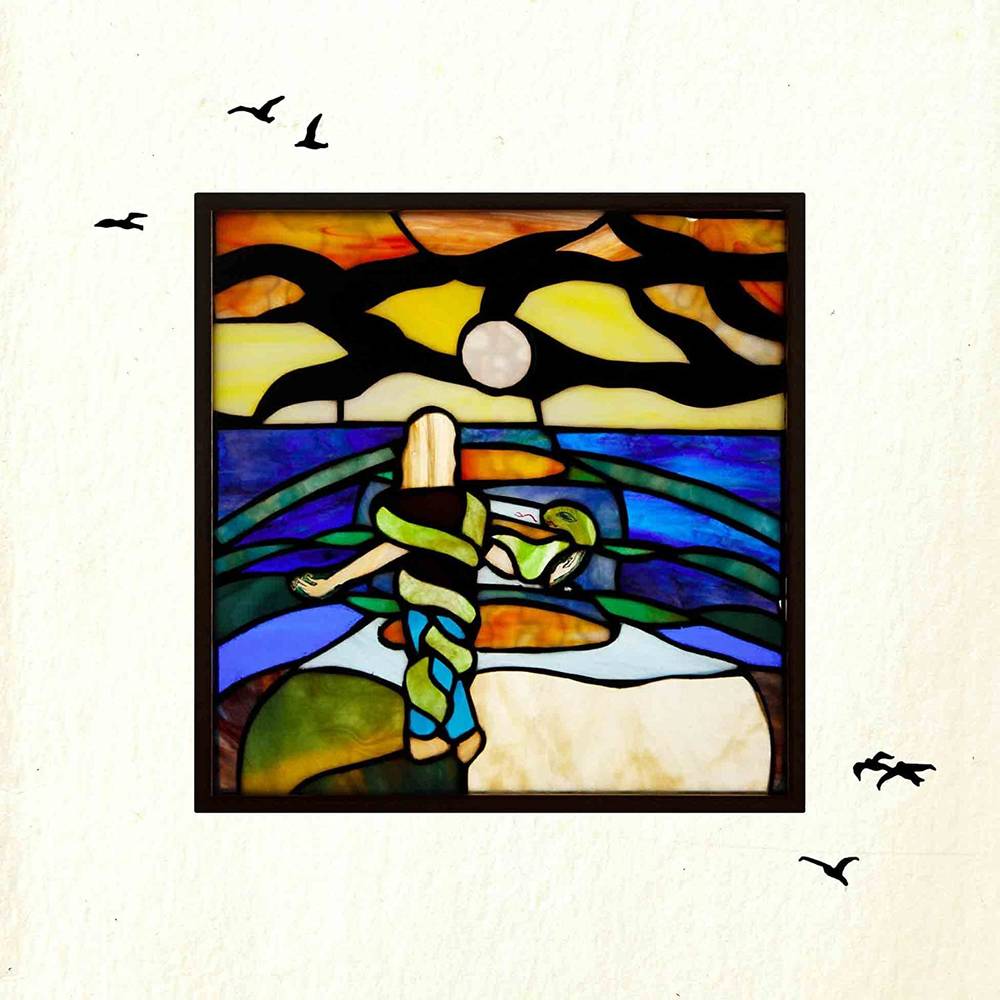 The roots of Naima Bock's music are far reaching. Born in Glastonbury to a Brazilian father and a Greek mother, Naima spent her early childhood in Brazil before eventually returning to England and various homes in South-East London. This heritage combines with more recent pursuits in Naima's music. From the Brazilian standards that the family listened to while driving to the beach, to the European folk traditions she tapped into on her own, and the pursuits that interest her today - studies in archaeology, work as a gardener, and walking the world's great trails - Naima's music draws from family, the earth and music handed down through generations. Naima's debut album Giant Palm is undoubtedly infused with the Brazilian music of her youth and regular family visits. She found inspiration in "the percussion, the melodies, chords - and particularly the poetic juxtaposition of tragedy and beauty held within the lyrics." By the age of 15 Naima was embedded in the music scene of South-East London, eventually forming Goat Girl with school friends and touring the world. After six years playing bass in Goat Girl, Naima left the band to try something new. She set up a gardening company and started a degree at University College London in archeology because, as she jokes, "I liked being near the ground." During this time she wrote music, played guitar, learned violin, worked with ever-shifting South-London collective Broadside Hacks, and met producer and arranger Joel Burton through Memorials of Distinction label head Josh Cohen. Joel's burgeoning interest in Western classical music, global folk music, experience in large scale arrangement and orchestration informed the collaborative process that eventually culminated in Giant Palm. Recorded with the help of over 30 musicians (including Josh Cohen on synth/electronics) by Dan Carey of Speedy Wunderground at his studio space in Streatham, South-East London, and engineered by Syd Kemp, the songs on Giant Palm represent a snapshot of a specific feeling, of brief moments in Naima's life that make up a larger whole. The expansive yet delicate arrangements highlight Naima's love for the collectivist values of traditional folk music, in which songs belong to everyone, and singing can take on countless forms without the need to exactly replicate something. "All the other representations that I'd had of singing felt so unattainable" she recalls. Giant Palm finds Naima bucking these expectations to let her unique voice and sense of communal creativity flourish.