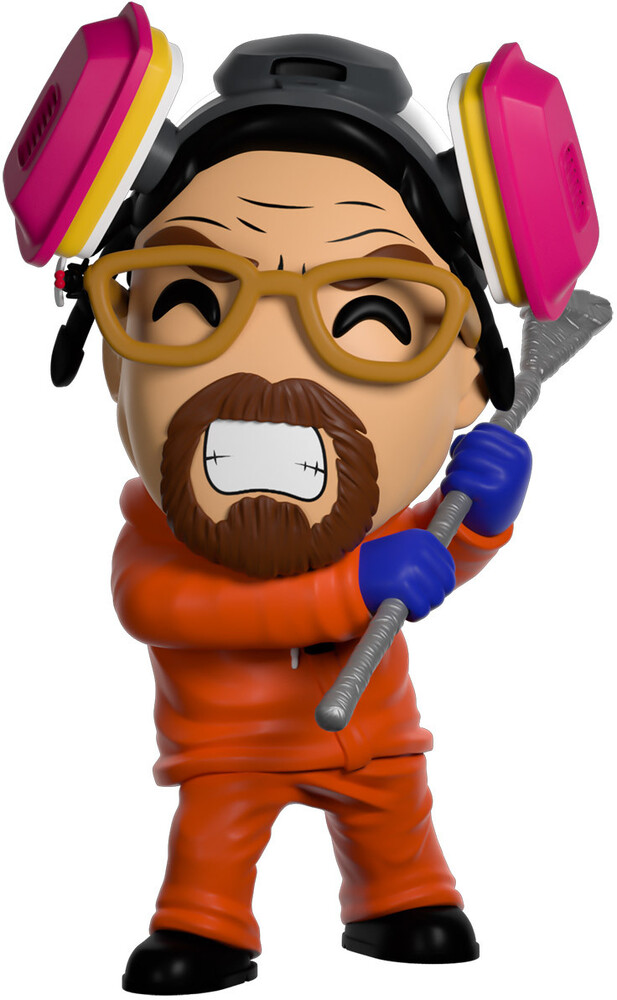 A Fly. A house fly. It will ruin our batch and we need to destroy every trace of it, so we can cook. My head is not the problem Jesse, the fly is! An angry Walter White in a hazmat suit hunts down a fly with a metal pole in his hands, raised above his head. He wears a loose orange hazmat suit and bears an aggressive, angry expression on his face. Over top of his bald head is a protective visor with detailed sculpting of the respirators, which are painted pink, yellow and white.The double-walled window box is illustrated to show the meth lab where Walt and Jesse labor for hours. This collectible ships in a matte, embossed, protective outer sleeve.