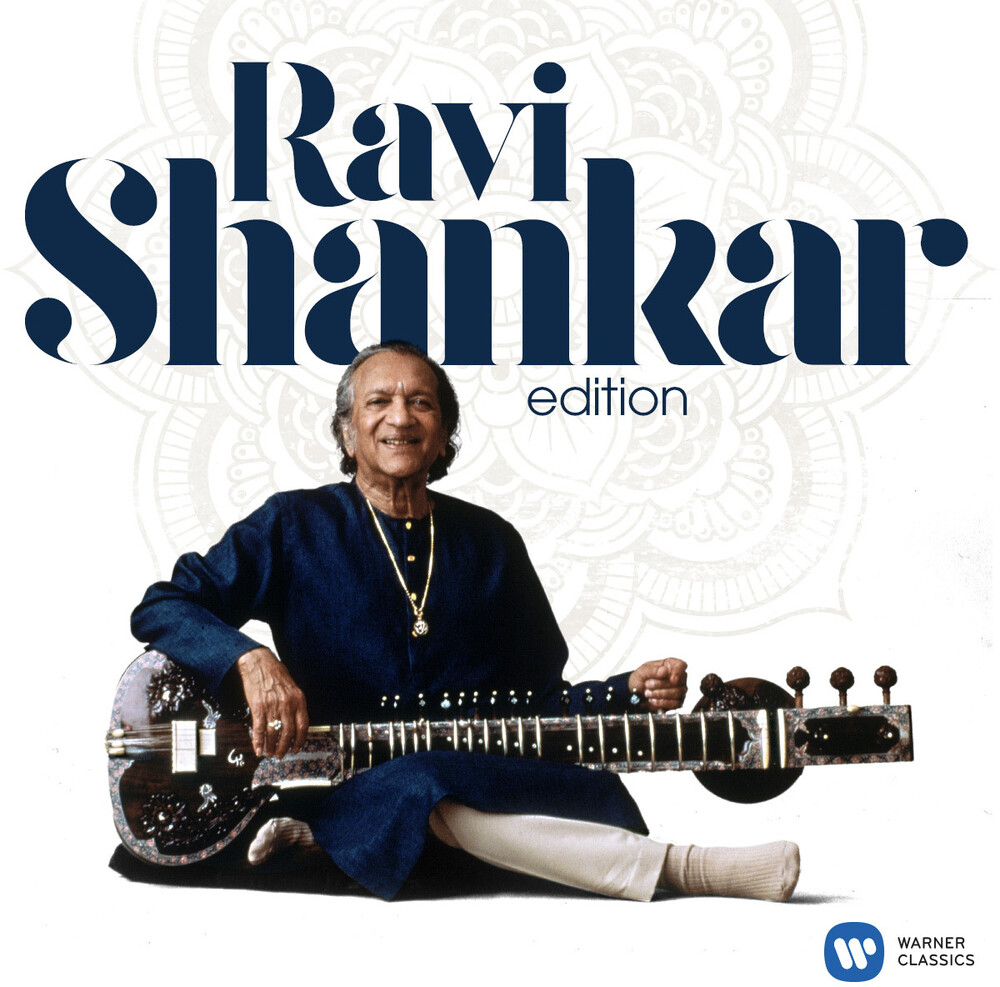 "If I've accomplished anything," said Ravi Shankar, "it's that I have been able to open the door to our music in the West." Born in Varanasi in 1920, he achieved worldwide renown as a sitar player and unprecedented influence as an ambassador for Indian classical music, revealing new possibilities to such figures as George Harrison of the Beatles, jazz saxophonist John Coltrane and composer Philip Glass. Documenting Shankar's ground-breaking collaborations as both composer and performer with luminaries of western classical music - such as Yehudi Menuhin, André Previn, Jean-Pierre Rampal and another great Indian-born musician, Zubin Mehta - this collection also includes two discs of ragas in the purely Indian tradition. - The 7th of April 2020 marks what would have been Ravi Shakar's 100th birthday. Not only is Ravi Shankar's name synonymous with the sitar, he has also opened the way to musical genres such as fusion and minimalism through his interaction with other artists, including The Beatles, the composer Philip Glass, the conductors Zubin Mehta and André Previn, the flautist Jean-Pierre Rampal and the violinist Yehudi Menuhin. Diverse aspects of his collaborative magic are captured in this survey, which embraces classical Indian ragas, duets, trios, ensemble performances and concertos with orchestra. As a performer, composer, teacher and writer, Ravi Shankar is renowned throughout the world for his pioneering work in bringing Indian music to the West. Shankar has been a cultural influence in the West for more than four decades as India's most recognized and esteemed musical ambassador. Perhaps no other greater tribute can be paid to this remarkable musician than the words of his colleague, the late Yehudi Menuhin, "Ravi Shankar has brought me a precious gift and through him I have added a new dimension to my experience of music. To me, his genius and his humanity can only be compared to that of Mozart's