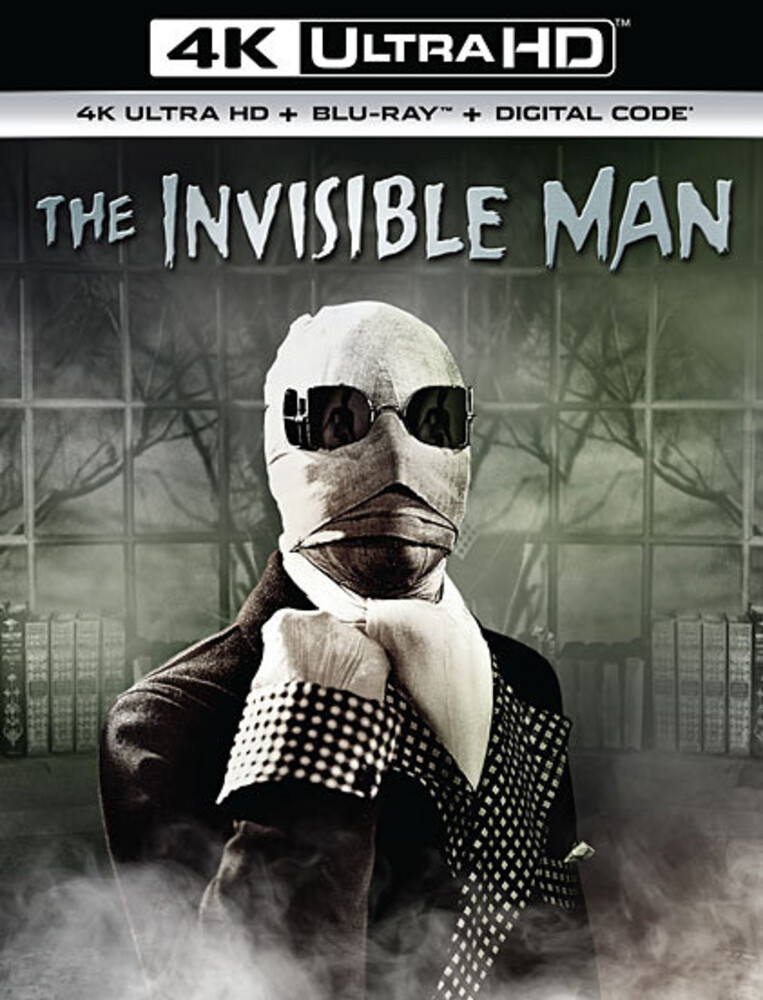 He's rarely seen in this, his film debut, but Claude Rains lends a sinister presence as H.G. Wells' "out of sight" scientist in this horror/fantasy classic from "Frankenstein" director James Whale. Rains stars as Dr. Jack Griffin, who discovers a formula that can render him invisible. But little does he know that it carries with it a dangerous side effect: It also turns him into a murdering madman. With Gloria Stuart, William Harrigan, and quintessential town biddy Una O'Connor. 72 min. Standard; Soundtrack: English. Two-disc set.