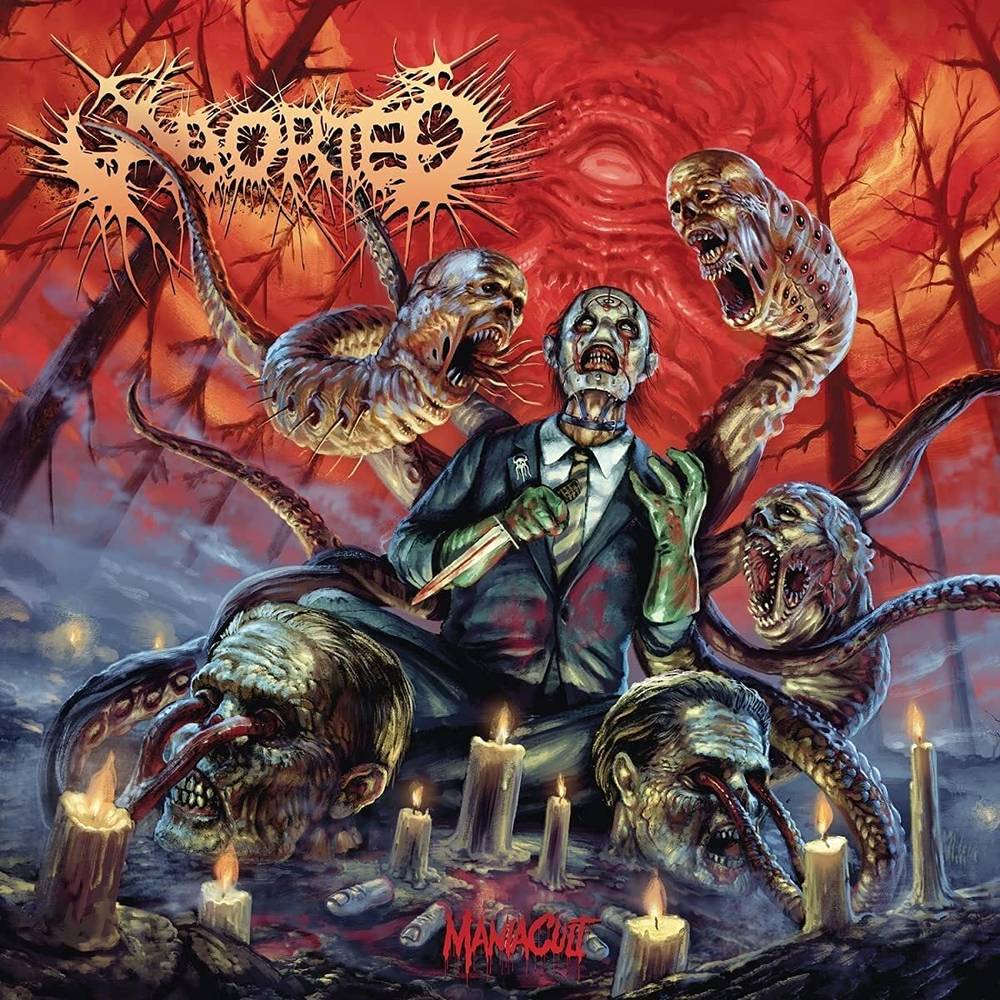 Limited vinyl LP pressing includes bonus CD edition and poster. Join the ManiaCult! The 2021 album from grinding technical death metal svenGORElis Aborted tells the tale of leader Wayland Thurston's attempt to summon Lovecraftian demons and bring on the end of the world. It's a bleak mission summed up in a bleak album, which blazes beneath a blackened sky. With a sound as sinister and snaking as the heads that worm their way out from Thurston's back, it's no wonder Aborted have influenced deathgrind, tech death, deathcore and just death metal as a whole!