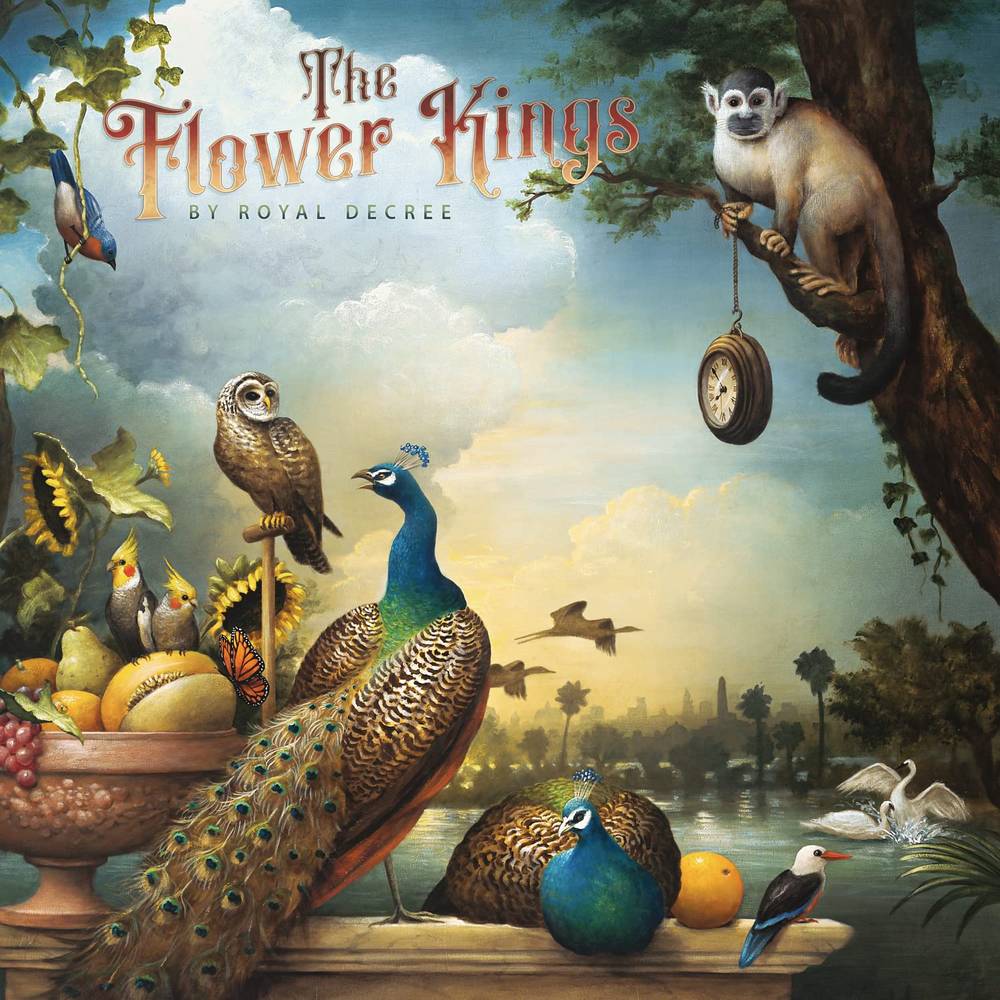 Swedish prog-rock legends The Flower Kings return with the newest full-length offering in their 25-year history, By Royal Decree. The group's third studio record since introducing drummer Mirko DeMaio and keyboardist Zach Kamins into the lineup is a vintage affair in many respects. With virtually no touring to endeavor upon for the last two years, the band was free to focus on recording new material, as well as reviewing things left on the cutting room floor from previous sessions. Flower Kings lead singer and guitarist Roine Stolt elaborates on going into the way back machine for the new record, saying, "It was great to dig into that old treasure island of 'forgotten TFK music before TFK ever existed' and re-connecting made me realize why and what The Flower Kings are. This album is a journey through my history as a writer and my 'middle age' saga reflecting on that." Another significant change is that founding member Michael Stolt returns after more than two decades to contribute bass and vocals, splitting duties with current bassist Jonas Reingold. 180g triple vinyl LP in a gatefold and single sleeve inside slipcase with 2CD and booklet.