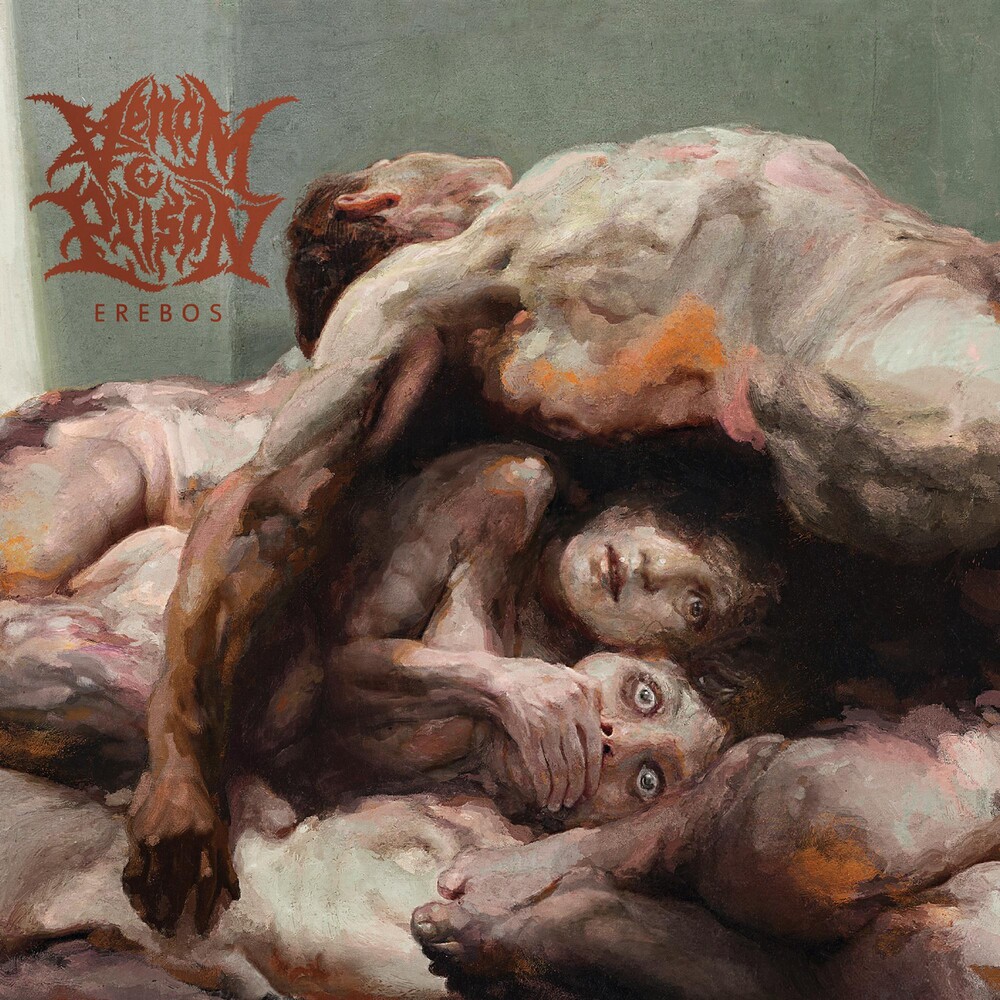 Limited pink and black colored vinyl LP pressing in gatefold jacket. Led by the unique lyrical and vocal talents of Larissa Stupar, Venom Prison's rise to prominence has been swift and exhilarating. Both 2016 debut album "Animus" and it's 2019 follow-up "Samsara" received widespread praise from media and fans alike, while the band's ferocious live shows notched up acres of wide-eyed acclaim. As a result, the release of Venom Prison's third full-length, "Erebos", is destined to be one of /the/ metal events of 2022. A wildly inventive but utterly destructive onslaught of genre-defying extremity, "Erebos" is a giant leap forward and deafening confirmation that VENOM PRISON are the real, ground-breaking deal. "Everything needed to be bigger, better, catchier," says guitarist Ash Gray. "We have said many times in the past that this band will not write the same record over and over again. It wasn't about showing how heavy we can be. We know we're a heavy band. We just wanted to be more creative, and this time we had the luxury of having time on our side. Larissa's distinctive style comes through even stronger. It's even more poetic, while still critical of the issues we face in Western society." A thrilling explosion of artful savagery, warped melodies and tumultuous atmospherics, "Erebos" is a powerful, defining statement from one of the most exciting bands of the modern era. From humble origins to undisputed heavyweight status, Venom Prison are now an unstoppable force. "'Erebos' has really opened our horizons as a band, making us want to be more creative as a whole. For us, it has always been about evolving musically and progress with every single step we take, and that will never change. We have a lot more to explore and we are confident that we're capable of doing so. The grind must continue."