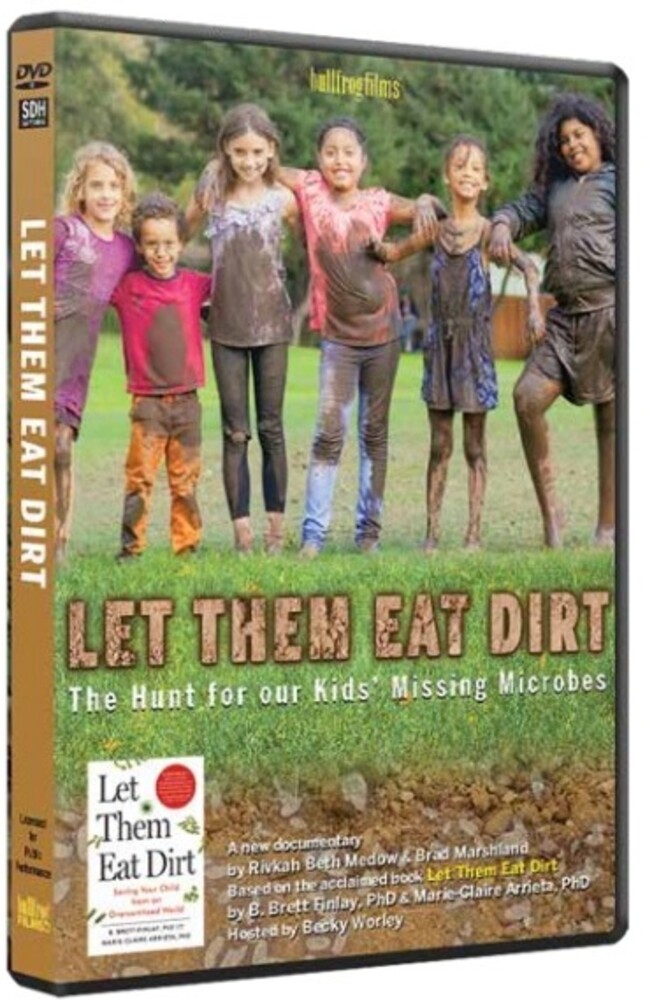 Allergies, obesity, asthma, diabetes, auto-immune and intestinal disorders are all on the rise, with the incidence of some diseases doubling every ten years. New research points to changes in the ecosystem of microbes that live on and inside every one of us -- our microbiomes - as a major cause. But how could one's gut microbes increase the odds of developing conditions as radically different as asthma and diabetes?

Hosted by Good Morning America's Becky Worley, and based on the book of the same name by B. Brett Finlay, PhD and Marie-Claire Arrieta, PhD, LET THEM EAT DIRT features families, doctors, and researchers who are sleuthing out what's harming our microbes - and what we can do to reverse this dangerous trend.

Rivkah makes memorable films around social and environmental justice themes. Her documentary projects have been seen by millions over the last 14 years. Her credits include the Netflix film Being George Clooney (2016); critics favorite The Nine (2016); Emmy Award-winning documentaries The Next Frontier (2011) and We've Got The Power (2014); multi-award winning PBS Marine Fisheries Series (2005); and several films for the non-profits Pachamama Alliance and Ella Baker Center for Human Rights

Brad entered Harvard with the intention of studying medicine. Then one semester, the class he took just after "Inorganic Chemistry" each Tuesday was "Visual and Narrative Perspective in Film." His choice was easy. For the past twenty years, Brad has been a prolific writer and producer in just about every medium. He has produced numerous documentary and narrative feature films, including the Emmy Award-winning documentaries The Next Frontier and We've Got The Power. Between film projects, Brad has produced over 200 feature segments for Yahoo News, ABC, and Katie Couric.