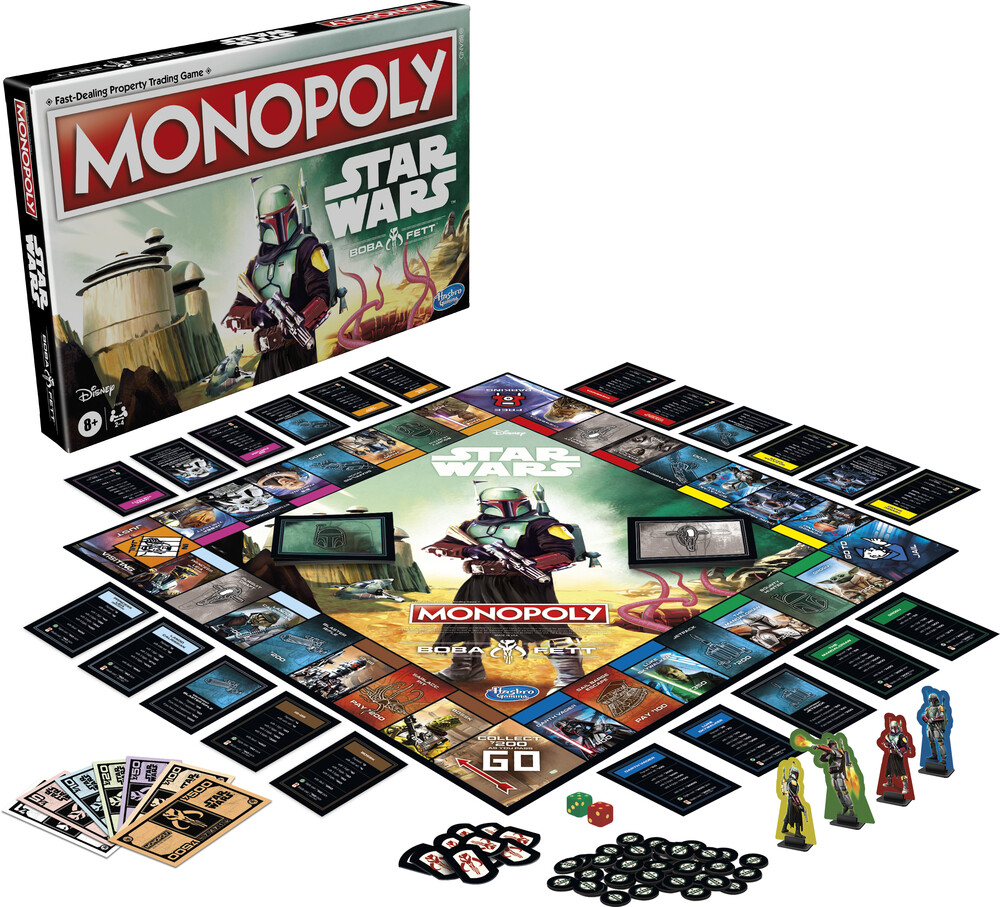 Celebrate the legendary Bounty Hunter and the galaxy of characters he has encountered, with this Monopoly: Star Wars Boba Fett edition board game.

Star Wars fans will love the gameboard spaces that depict iconic Star Wars characters, and the cardboard Boba Fett tokens showing him in a classic pose or one of his more recent looks.

Players move around the board collecting characters, equipment, and Imperial Forces, and relive favorite Boba Fett moments from Episodes V and VI of the Star Wars movies, as well as action-packed scenes from The Mandalorian TV series. The Monopoly game is for 2-4 players, ages 8 and up.

MONOPOLY GAME FEATURING BOBA FETT: This edition of the Monopoly board game is inspired by the original Star Wars movies and The Mandalorian TV series on Disney+

LEGENDARY BOUNTY HUNTER: Players move around the board collecting characters Boba Fett has encountered, equipment he has used, and Imperial forces he has battled or pursued

BOBA FETT CHARACTER MOVERS: Choose to play as one of 4 cardboard character tokens depicting Boba Fett in a classic pose or one of his more recent looks

SIGILS AND SKULLS: Add symbols from Boba Fett's armor to properties. When a player gets a color set they can start adding Sigils to their characters and then upgrade to Skulls

FOR STAR WARS FANS: The Monopoly Game: Star Wars Boba Fett edition is a great choice for a family game night, and the game makes a great gift for Star Wars fans ages 8 and up