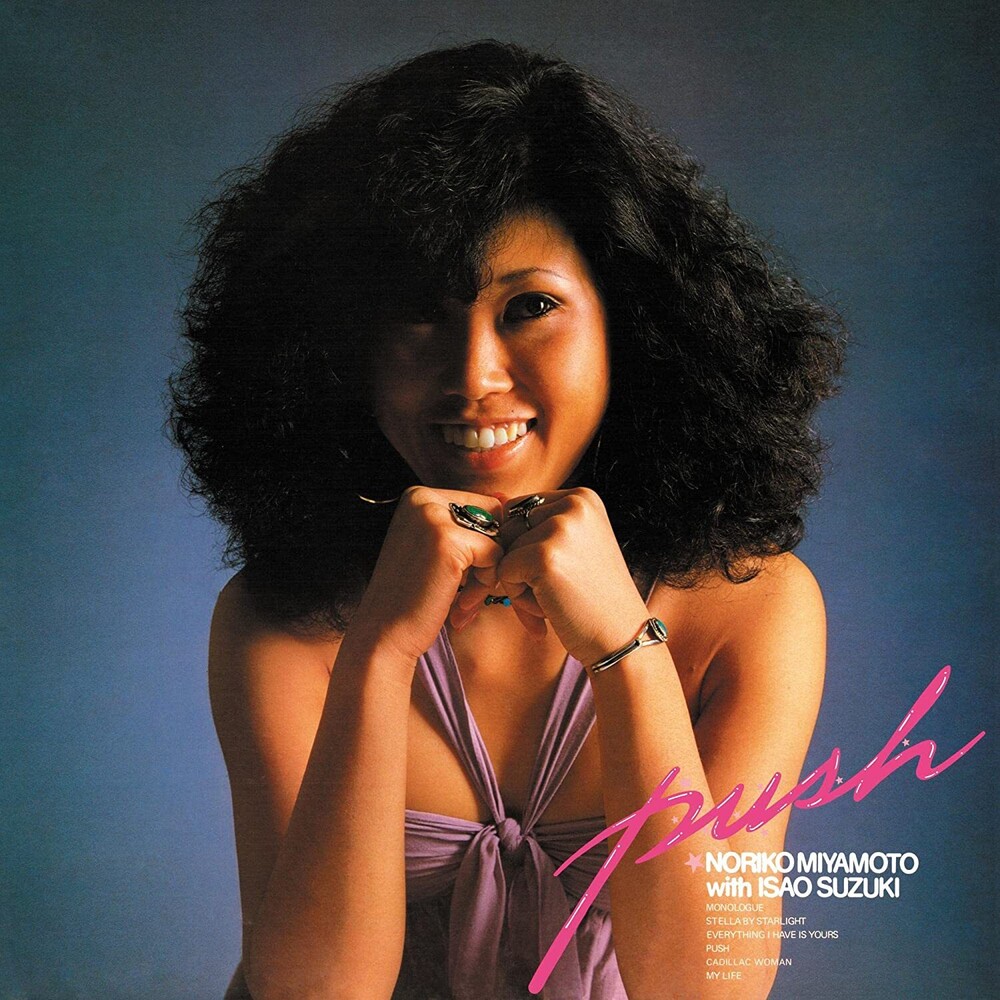 BBE Music is proud to present the latest J Jazz Masterclass Series reissue, 1978 soul/jazz tour de force album 'Push' by Noriko Miyamoto. For the first time, this critically acclaimed series that delves deep into the history of Japanese Jazz will be releasing an album by a Japanese female singer, Noriko Miyamoto produced by one of the legendary figures in Japanese Jazz, Isao Suzuki. The release of her incredible debut album, 'Push', coincided with a surge in popularity for local female jazz singers such Kimiko Kasai, Yasuko Agawa, etc. That crossed over into the pop market. It was originally released by the now-defunct label, Yupiteru Records in 1978. Since then, it has been reissued a few times in Japan but recently, along with a surge of worldwide interest in old Japanese music, 'Push' has been gaining a cult status among foreign music heads, with the price for an original pressing skyrocketing in the second hand record market. This reissue of 'Push' will be the first time ever that this album will be officially released worldwide.