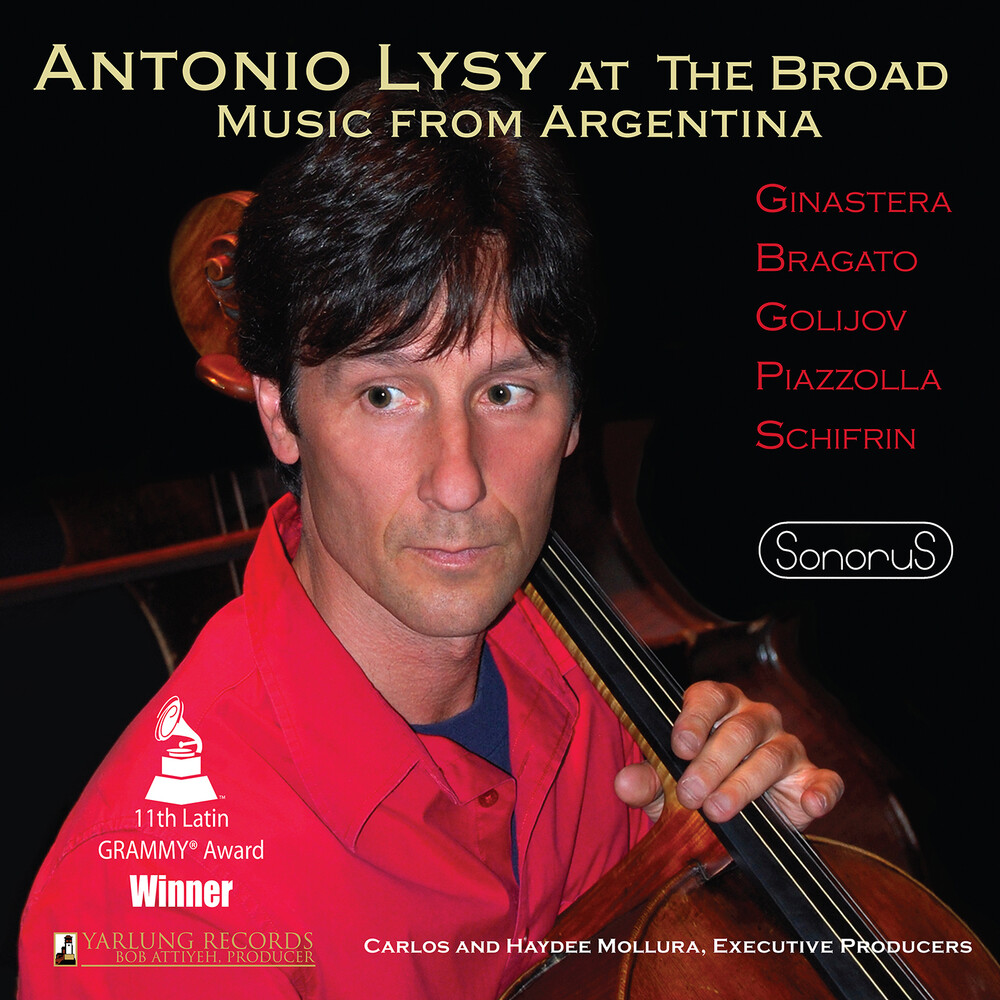 "Antonio Lysy at The Broad: Music from Argentina won a Latin GRAMMYr Award and earned a coveted spot in "The Absolute Sound" list of the top 40 recordings of all time. Argentine virtuoso Antonio Lysy captures the cultural range of his country in our recording. He chose these particular works because they all draw inspiration from the folk music traditions of Argentina. This album highlights the cello as a solo instrument and illustrates the impact of pre-Hispanic Amerindian traditions and Spanish based Creole influences as well as the effect of more modern musical developments like the tango on Argentine composers. In this remastering in honor of Yarlung's 15th Anniversary, we used SonoruS SHI18 technology to glean all the phase information and dynamic content embedded in our Agfa formula 468 tape to create an even more vivid and three dimensional sound image for this re release." (Bob Attiyeh, producer)