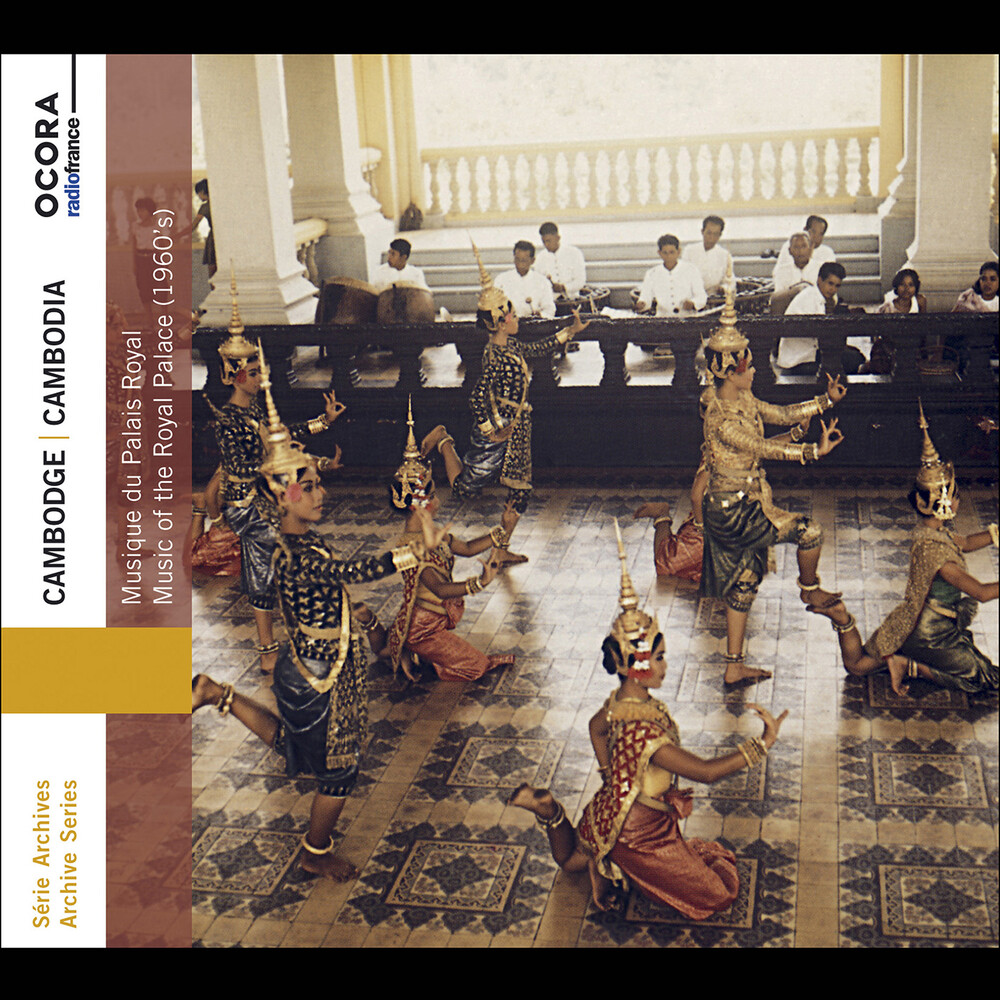 The 1960's... The Royal Palace, the seat of the Khmer monarchy since the end of the preceding century, then sheltered many musicians and dancers who were the base for the prestige of which these venerable walls were so proud. Every morning as one walked down the boulevard in front of the entrance faÃ§ade, one could hear fireworks of limpid sonorities: for four hours the pinpeat orchestra with it's crystalline gongs joined in the training of the royal dancers or by itself rehearsed music for a coming ceremony. At that time, there was hardly a month when court rituals did not require the presence -or rather the participation- of palace musicians and almost as often ballerinas whose fame was world-wide in spite of their rare public appearances.