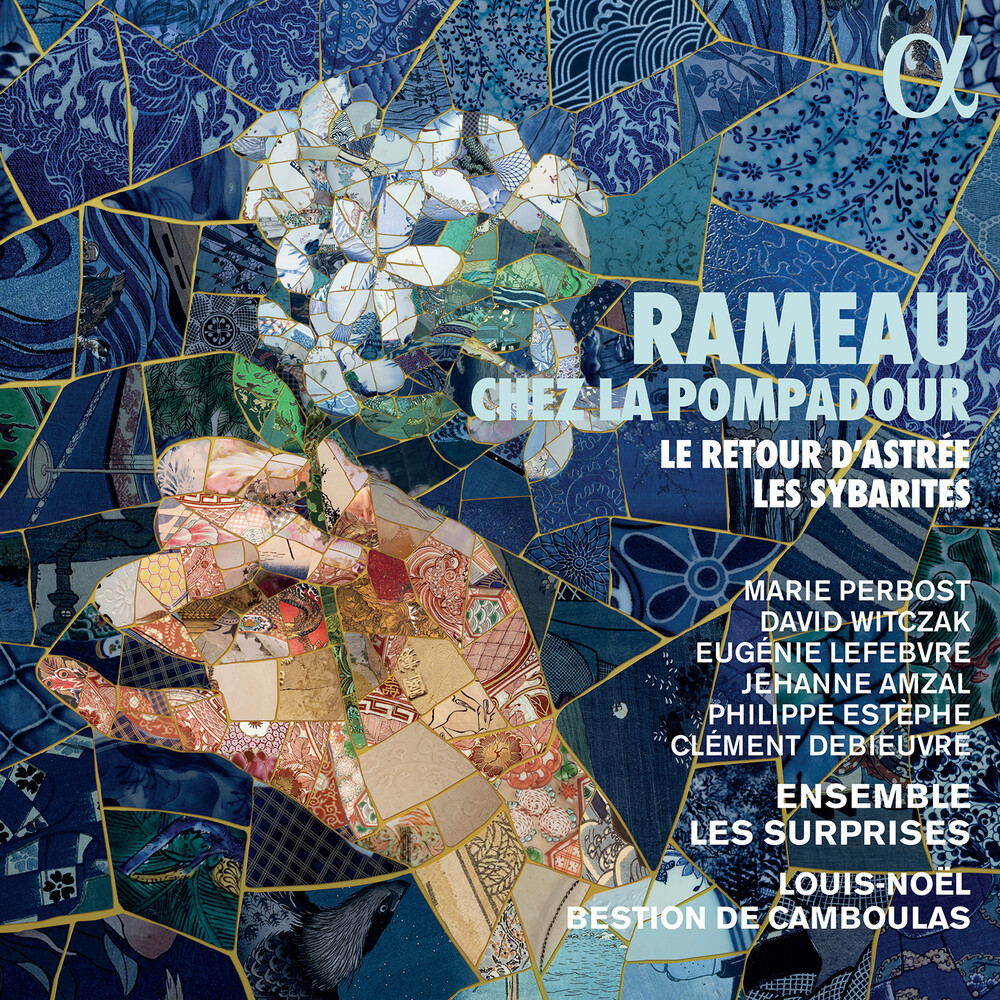 The famous Marquise de Pompadour, favorite of King Louis XV for nearly twenty years, reigned over the arts at court. Rameau, whom she particularly admired, was omnipresent. He received a specific commission for the ThÃ©Ã¢tre des Petits Appartements, where the Marquise herself sang in the midst of a troupe of amateurs and professionals: the result was Les Surprises de l'Amour, from which the ensemble Les Surprises takes it's name. Under the expert direction of Louis-NoÃ«l Bestion de Camboulas, the group presents here the very first recording of this ballet in it's original 1748 version, including the prologue entitled Le Retour d'AstrÃ©e, and couples it with another commission for one of the court's annual residences at Fontainebleau: Les Sybarites (1753), an acte de ballet whose principal couple is reminiscent of the King himself and his favorite. A first-rate vocal line-up brings these two works back to life: Marie Perbost, EugÃ©nie Lefebvre, Jehanne Amzal, ClÃ©ment Debieuvre, David Witczak, Philippe EstÃ¨phe.