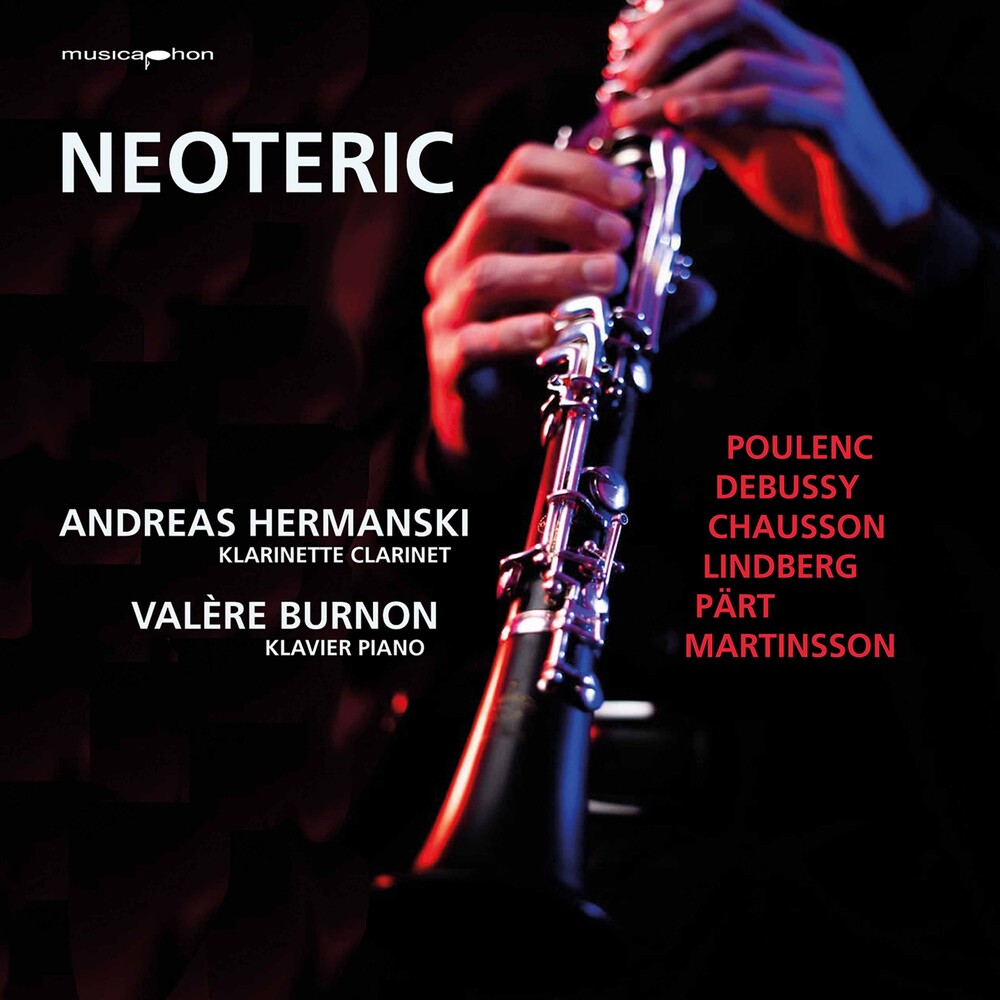 The album "Neoteric" unites two musical worlds, which seem to be not very connected externally, but still have an inner connection, which this album wants to show. The idea for this compilation came from the very personal fascination of the performer Andreas Hermanski. He has a soft spot for the Nordic-Scandinavian clarinet literature as well as for the French tradition between the end of the 19th century and the middle of the 20th century. However much may seem to separate the French and Nordic works presented on this album, the two parts of the album are linked by numerous internal references. Just as Poulenc's sonata was written for clarinetist Benny Goodman, who was also the performer at the premiere, Rolf Martinsson worked closely with Martin FrÃ¶st in the composition of his Suite, and his newly developed playing techniques and extraordinary musical personality have a palpable and audible influence on the work. Chausson's "Andante et Allegro" and Debussy's "PremiÃ¨re Rhapsodie" are, how could it be otherwise with works commissioned for a competition, written in a format typical for this: this calls for both a lyrical, singing finale and a highly virtuosic, fast finale. This structure can be found in Lindberg's "Acequia Madre" and Martinsson's "Suite Fantastique". In contrast, the works of Debussy and PÃ¤rt meet in their tonally spherical language and their content that almost evaporates into the transcendent. The quasi-symmetrical internal structure of both parts, the French as well as the Nordic block, is intended to depict these analogies and inner references and make them audible.