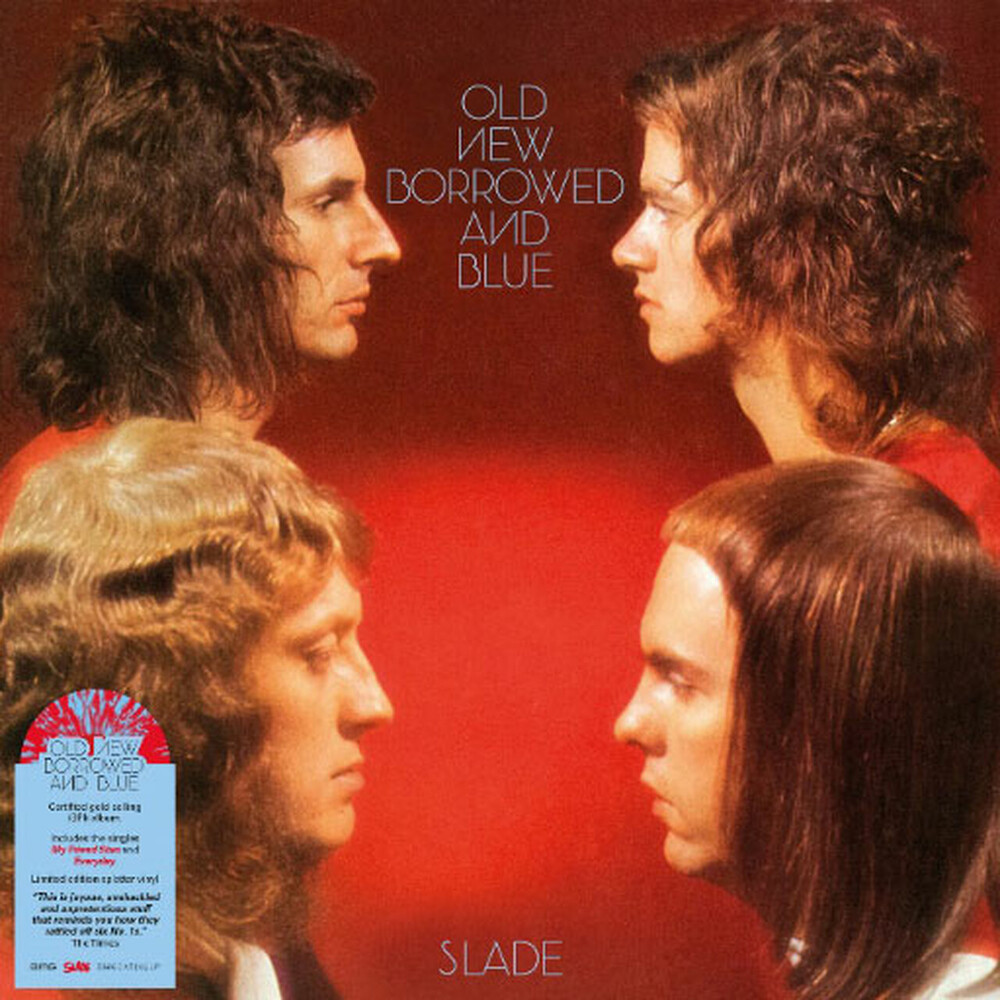 Slade's fourth studio album Old New Borrowed And Blue was conceived and recorded amid various touring and promotional activities in late 1973. Entering the U.K. charts at No. 1, it's the sound of Slade at the height of their success striking out for new territory and blending their trademark foot-stomping rockers with a more mellow songwriting sensibility. The raucousness of "Just a Little Bit," "My Town" and "We're Really Gonna Raise the Roof" were offset by the understated feel of "Miles Out to Sea." The honky-tonk piano-led "Find Yourself Another Rainbow" was another pivotal melodic moment, while "How Can It Be?" even saw the band venturing close to country-rock territory and the classic, crowd-swaying ballad "Everyday" demonstrated a songwriting maturity that few had suspected was there - and became yet another top three hit.