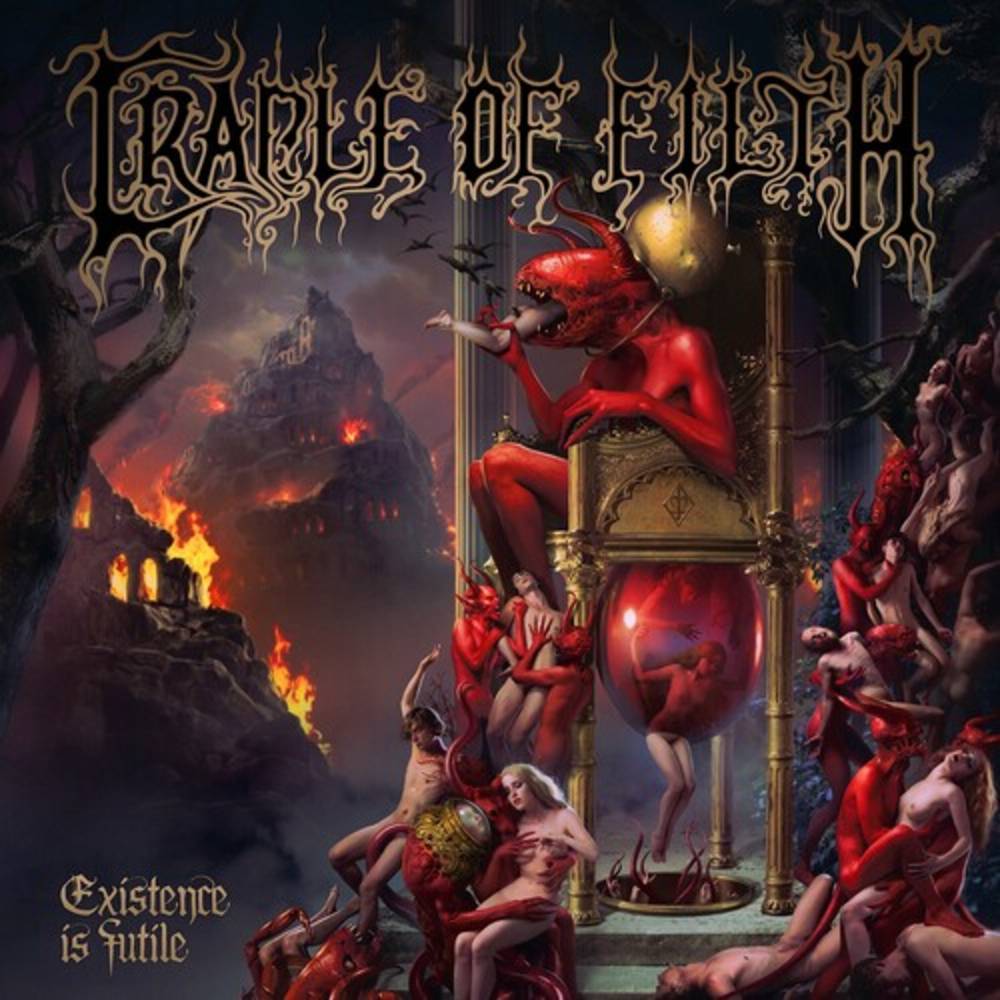 DISC: 1
1. The Fate of the World on Our Shoulders
2. Existential Terror
3. Necromantic Fantasies
4. Crawling King Chaos
5. Here Comes a Candle... (Infernal Lullaby)
6. Black Smoke Curling from the Lips of War
7. Discourse Between a Man and His Soul
8. The Dying of the Embers
9. Ashen Mortality
10. How Many Tears to Nurture a Rose?
11. Suffer Our Dominion
12. Us, Dark, Invincible

Every song is a nihilistic anthem, showcasing the different ways in which we have become a true plague to this planet - from a philosophical, religious but also ecological point of view. Mixed with the band's typical gothic vibes, sophisticated nods to literature, film and religion, and elaborate poetic lyrics, "Existence Is Futile" cements the band's undisputed status as one of the most influential extreme metal bands of our time - and you can even once again discover the voice of 'Pinhead' actor Doug Bradly on two tracks. So, if we're all going to perish in the fires of our own stupidity, we might as well have a suitably deranged and destructive soundtrack to do it by.