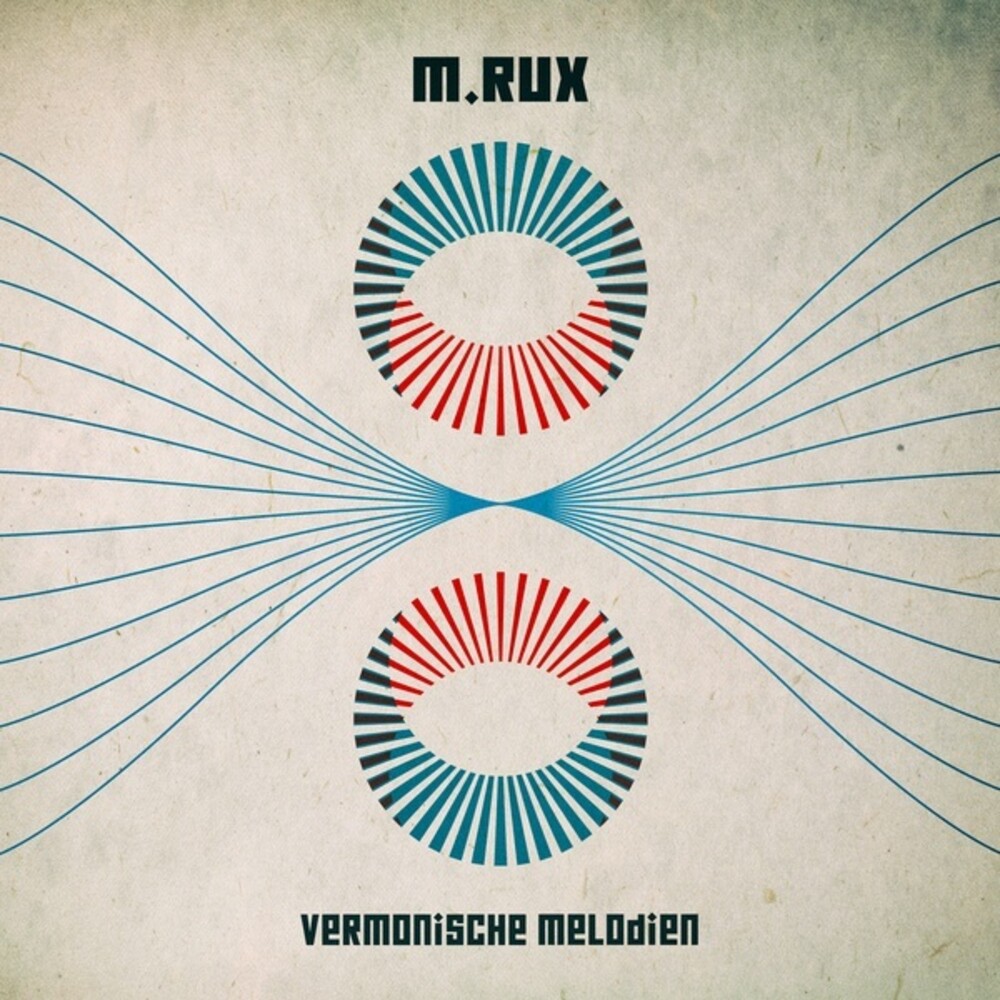 Vermonische Melodien is a collection of compositions by DJ-producer M. RUX, made with old Vermona machines from Eastern Germany. The nine electronica tracks can't conceal their influences from Exotica records of the 1960s as well as their fondness for vintage music technology. You hear voices singing lullabies ("Magische Time"), mumbling chopped-up syllables ("Seelnatrax"), or reciting a Shakespeare quote ("Bakelit") - are they real? Yes! But they are mostly generated by the world's first speech synthesis hardware, the IBM 704 from 1954, and processed into off-key melodic beauty with vocoders. "I've always been curious about musical visions from the 1970s", says M. RUX about his inspiration for Vermonische Melodien. "Those nifty Vermona machines can today be seen as future machines from the 1970s. They seem almost mystical to me. Like relics from an epoch long ago... and I wanted to find out how music from that time could have sounded. " On the album M. RUX uses, above all, equipment by Vermona, a brand from Eastern Germany manufacturing electronic musical instruments until 1990. The drum machine Vermona ER-9 (1976) was the first instrument M. RUX ever possessed. It forms the rhythmical backbone of his studio on this record. The melodies on the other hand have mainly been played on a Vermona Formation-1, a suitcase synthesizer from 1980. Although these two machines are joined by countless other instruments and effect units, their particular soft sound is present in every single moment of this soothing album. "I also take a deep bow to the late Reinhard 'Lacky' Lakomy", M. RUX adds. "His releases were the first electronic instrumental records on the Amiga label which has been a huge influence for my work in general and this record in particular. " M. RUX has appeared as a solo producer with his In the Hold EP (2016) on his own YNFND imprint. Before that he had become famous for his edits which gently transform songs by Nina Simone, Townes Van Zandt, Tom Zé, and many more into slow, dancefloor-ready gems. Pingipung present this first full-length album by M. RUX. He is not only a talented multi-instrumentalist and original producer but also a skillful remixer - as he has shown twice to the Pingipung audience with his touches on Umeko Ando's Ainu folklore songs.