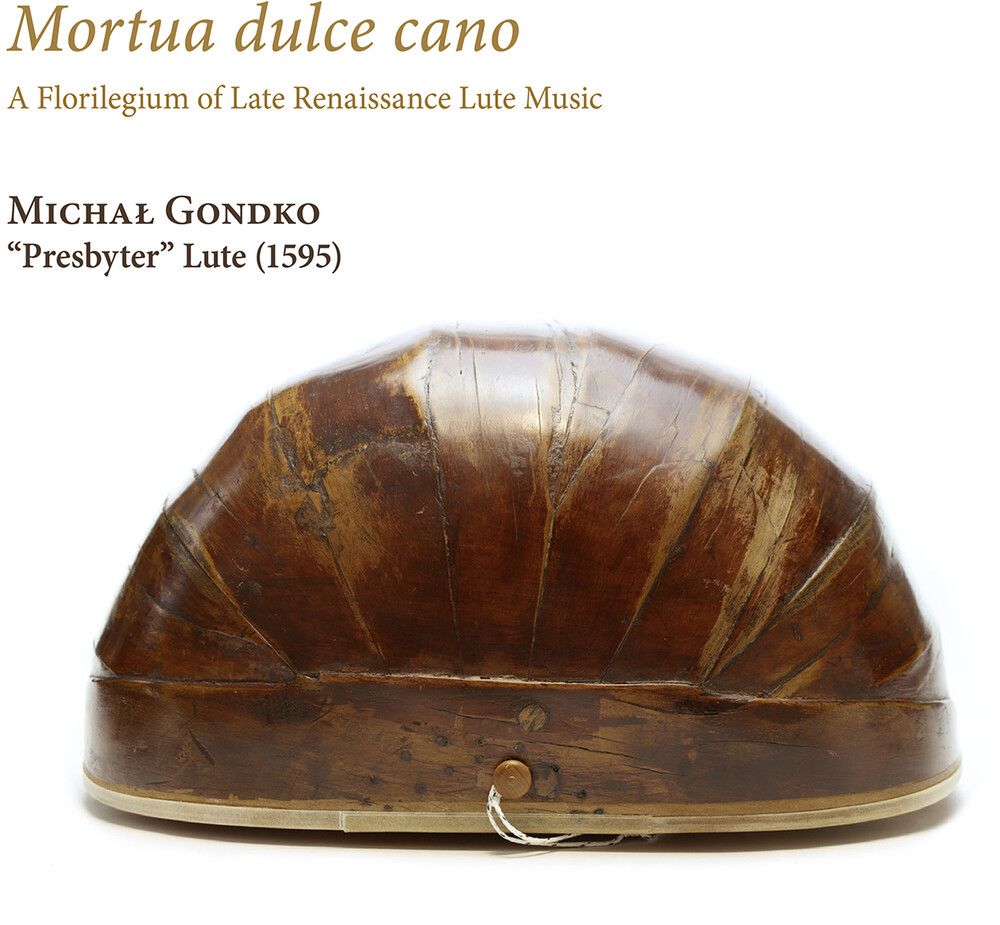 Dum vixi tacui; mortua dulce cano: "While I lived I was silent; dead, I sing sweetly." Found in the portrait of the sixteenth-century lute maker Gaspar Tieffenbrucker, these words, spoken by the imaginary tone wood used for centuries in the manufacture of string instruments, fittingly depict it's double life. This recording celebrates a historical instrument, whose voice time did not manage to silence: the so-called "Presbyter" (although in actual fact anonymous) lute, possibly made in Padua in 1595. One of the oldest playable lutes in existence, it was restored to it's likely first configuration (a seven-course lute) and still features it's original soundboard and back. Inspired by the cosmopolitan nature of the anthologies of lute music compiled at the time of the instrument's presumed completion, Michal Gondko showcases it's expressive potential with a diverse program, placing emphasis on high-quality yet largely neglected repertoire, most of which has not been recorded to date.