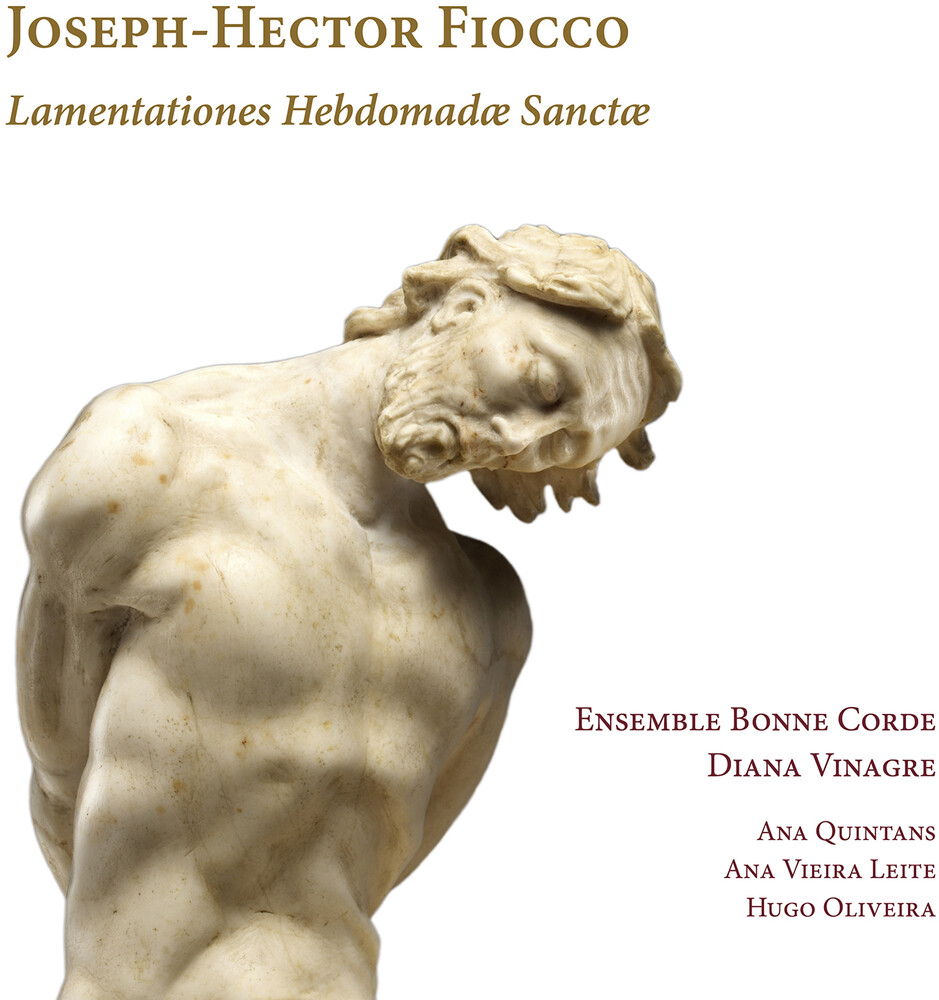 At the time of his death, in 1741, Joseph-Hector Fiocco's widow sold the manuscripts of the composer's works to Joannes Vanden Boom, Dean and Chapel Master of the Cathedral Saint Michel and Saint Gudule in Brussels, where the composer had held the post of zangmeester (choirmaster) until his untimely death. Among this collection is a complete set of nine Lamentations for Holy Week for the unusual instrumentation of solo voice, obbligato cello and basso continuo. Fiocco's Lamentations are conceived in the most elevated Italian style of the early eighteenth century. They are masterful and can compete with the most beautiful such compositions, given their dramatic power and poignant emotion. In addition to the nine Lamentations known from the abovementioned manuscript, the present recording offers in world premiere two new settings and a differently instrumented version found in the archives of the Fonds St.-Jacob in Antwerp.