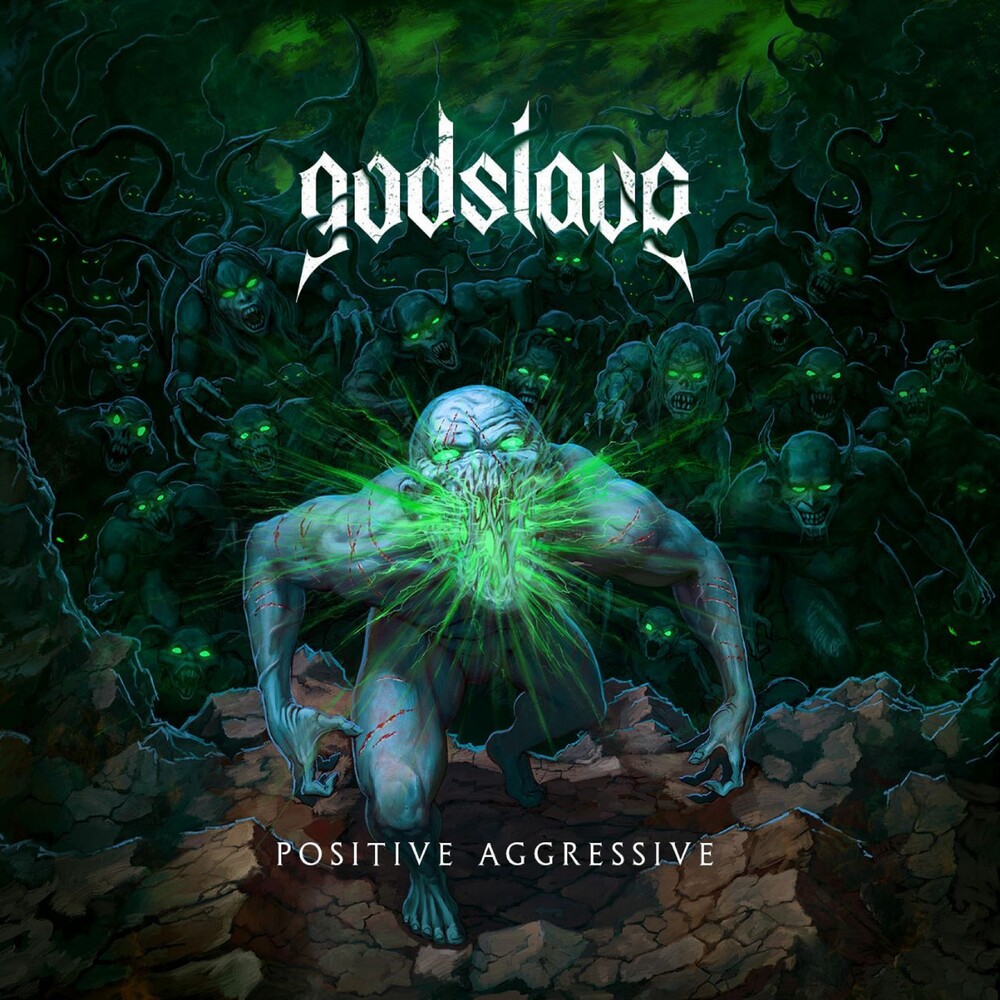 With their new studio album "Positive Aggressive", Godslave celebrate their label debut with Metalville Records."Positive Aggressive" is an album with a clear concept and a perfect symbiosis of music and message: catchy melodies and thrashing thrash metal on the one hand and inspiring lyrics that let you look deep into your soul on the other.One thing is clear: no thrash metal without aggression!But GODSLAVE ask the listener the all-important question: what do you do with the energy released by the aggression? Do you just want to destroy everything out of anger or do you also want to build something new?GODSLAVE have made this decision: From the opener "How About NO?" to closer "Final Chapters First", every single song is a vehement statement for getting in control of yourself.On "Positive Aggressive", GODSLAVE have revived old traditions and, in a time when real contact is hardly possible, remembered the relationships with the people on the road who became part of the family from one moment to the next.Fans can look forward to guest appearances by Britta GÃ¶rtz (CRITICAL MESS) and Damir Eskic (DESTRUCTION).