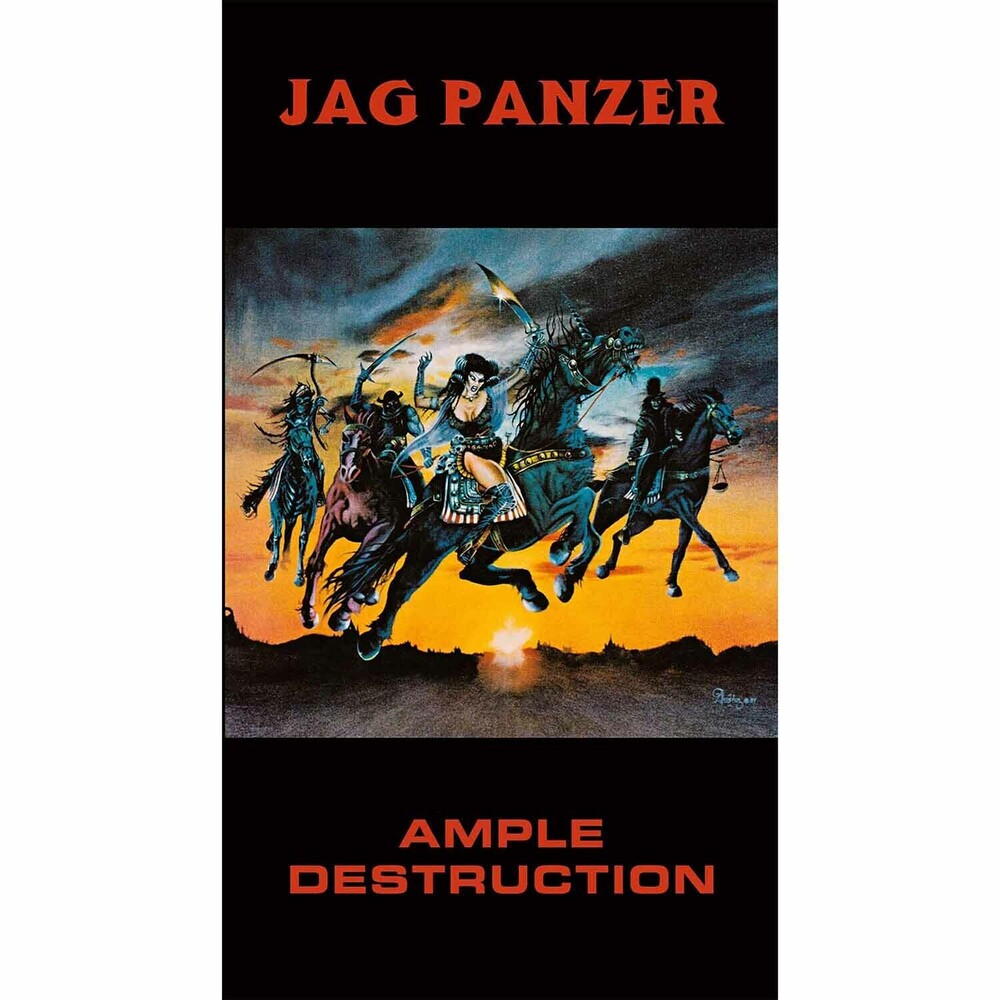 Following Jag Panzer's debut EP "Tyrants" from 1983, Azra/Iron Works quickly issued the first full-length album entitled "Ample Destruction" a year later. With it's iconic artwork, "Ample Destruction" surely rates as one of the Top 10 US Metal album of all time. Comparing "Ample Destruction" with "Tyrants", it quickly becomes evident that the sound on the album was far superior to that of the debut EP. With "Black Sunday" the High Roller edition of "Ample Destruction" contains a bonus track, which was written by Harry 'The Tyrant' Conklin (and added to the album at a later time).