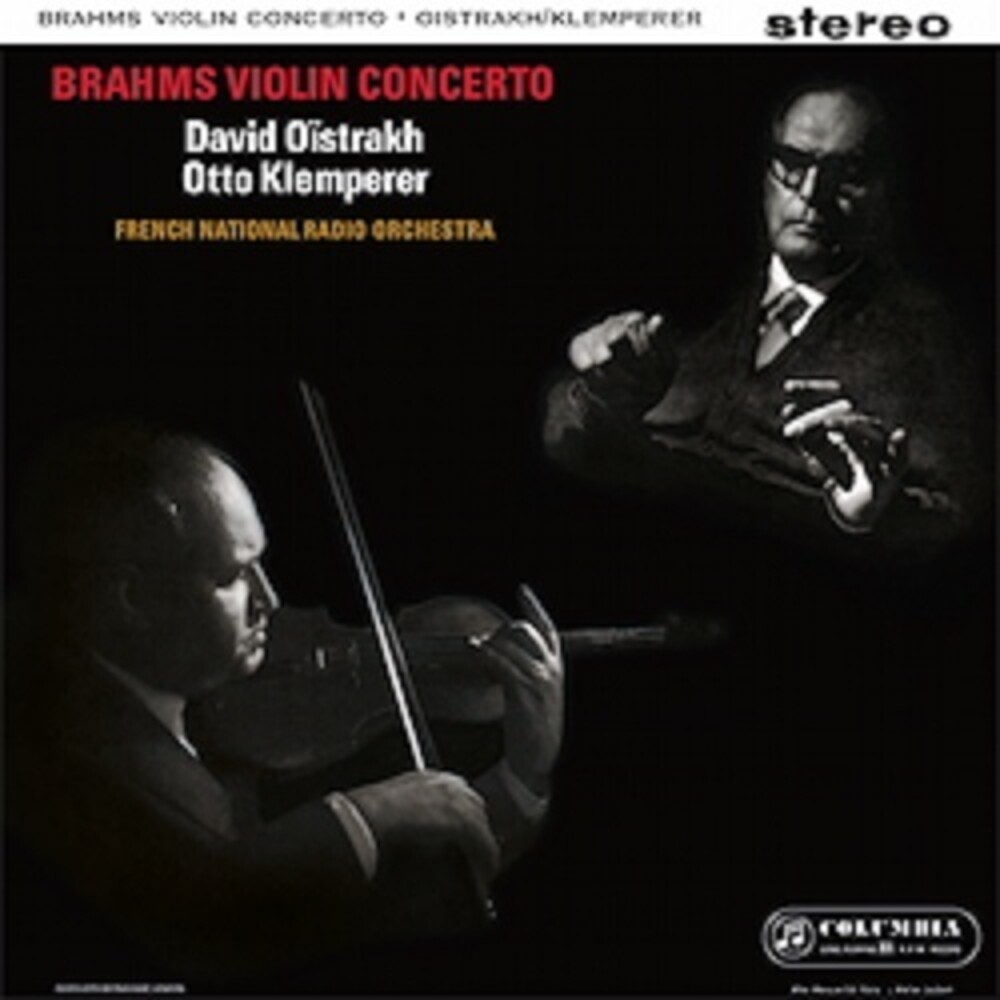 ?Brahms's first and only violin concerto was mocked as being not with but 'against the violin'. This cutting remark was less directed at the tricky passages, which made enormous demands on the technical dexterity from the even the greatest virtuosi, but rather more at the challenge of asserting his small violin against the large orchestra. It was not only the soloist who had to possess star qualities in this symphonic masterwork but the orchestra too. Let us begin with the conductor Otto Klemperer, who here proves his highly competent command of the tightly knit score. His celebrated analytic comprehension delves deep into the complex score and brings all the details together to create a melodious entity, whereby the French National Orchestra plays with total commitment. David Oistrakh answers with a saturated tone and broad gestures on the violin. He let's the expansive melodies of the gigantic first movement emerge with wide sweeps of his bow, fills the slow movement with a wealth of lyrical sentiment, and in the fiery last movement he displays his entire skill as a brilliant virtuoso who amalgamates dancelike exuberance with dramatic presence. A truly referential recording!