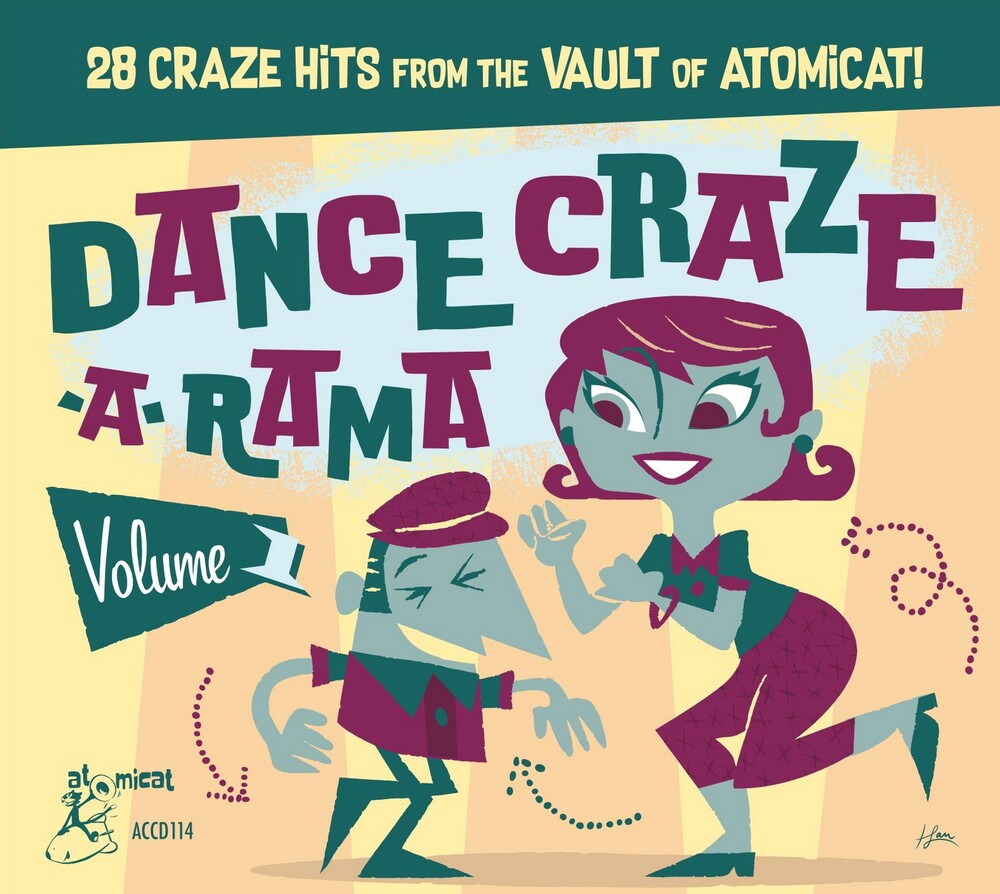 During Dance Craze -A- Rama Atomicat 01 you will come across twenty-eight thematic songs, with a pleasing dance tempo, several of the titles entered the hot 100 charts, although many of the titles were one-off attempts by the artist to create a hit, and become as popular as the Twist (see Twist -A- Rama Volume One ACCD075). Within Dance Craze -A-Rama there are dance-floor fillers in several genres sourced from the golden years 1957 through to 1963. The fun begins with The Isley Brothers frat-house classic Shout performed by Italian legend Dion. Chubby Checker redrafts The Hucklebuck into his elegance, and Steve Alaimo revises Lee Dorseys' classic Ya, Ya with a softer sound which was aimed at the teenagers of the time. Ace Holder returns to life a song from 1937 and credits himself with creating the Wabba Suzy Q. Should you be confined to home or sitting in a very small venue then The Johnny Otis Show present a gentleman who dances with his hands, Willie And The Hand Jive, and The Isley Brothers make an appearance doing The Drag. Love is in the air for The Crystals who secured a date, Da Doo Ron Ron (When He Walked Me Home), Dee Dee Sharp wants a sauce for her starchy food, Gravy (For My Mashed Potatoes), Kenny Hamber and David Robertson's Combo, Do The Hully Gully, and to close the fun Sylvie Vartan happily sings in her mother tongue Dansons (Let's Dance).