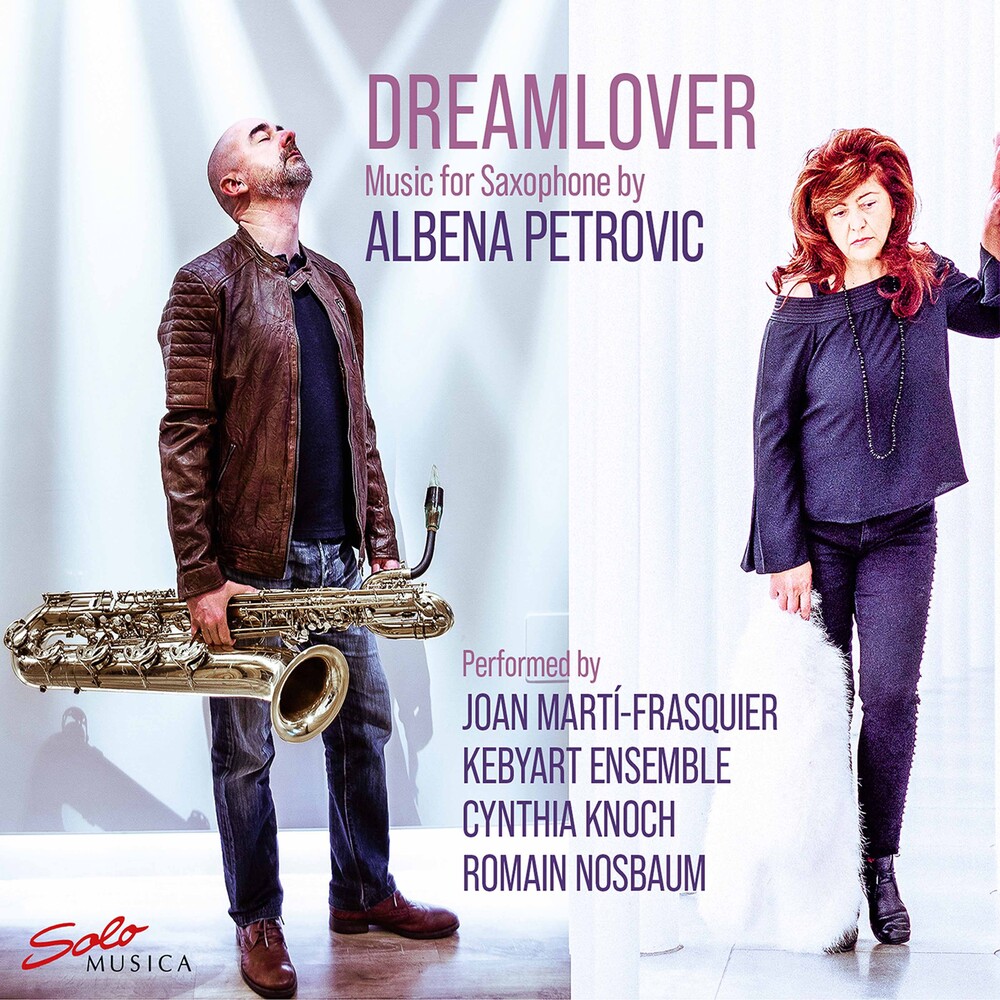 Dreamlover is a concept-album that brings together important parts of Albena Petrovic's works for baritone saxophone and alto saxophone, in both solo and chamber arrangements. Here she chooses the pieces in relation to Joan Marti-Frasquier, who interpreted all of them and has given his energy to the creative process. Her catalogue for saxophones started in 2006-2007 with the quartet "Gebet zum Nichterscheinen," where the baritone plays almost solo by integrating it into the quartet. This was during a time when saxophone ensembles made an important presence and were multiplying all over Europe. The piece appeared during this period, but without being published it did not enjoy great popularity after it's premiere; yet 15 years later she rediscovered it without a wrinkle, thanks to the Kebyart Ensemble. It is very curious to discover in this early piece as a precursor, many of the characteristic elements that will mark her later writing.