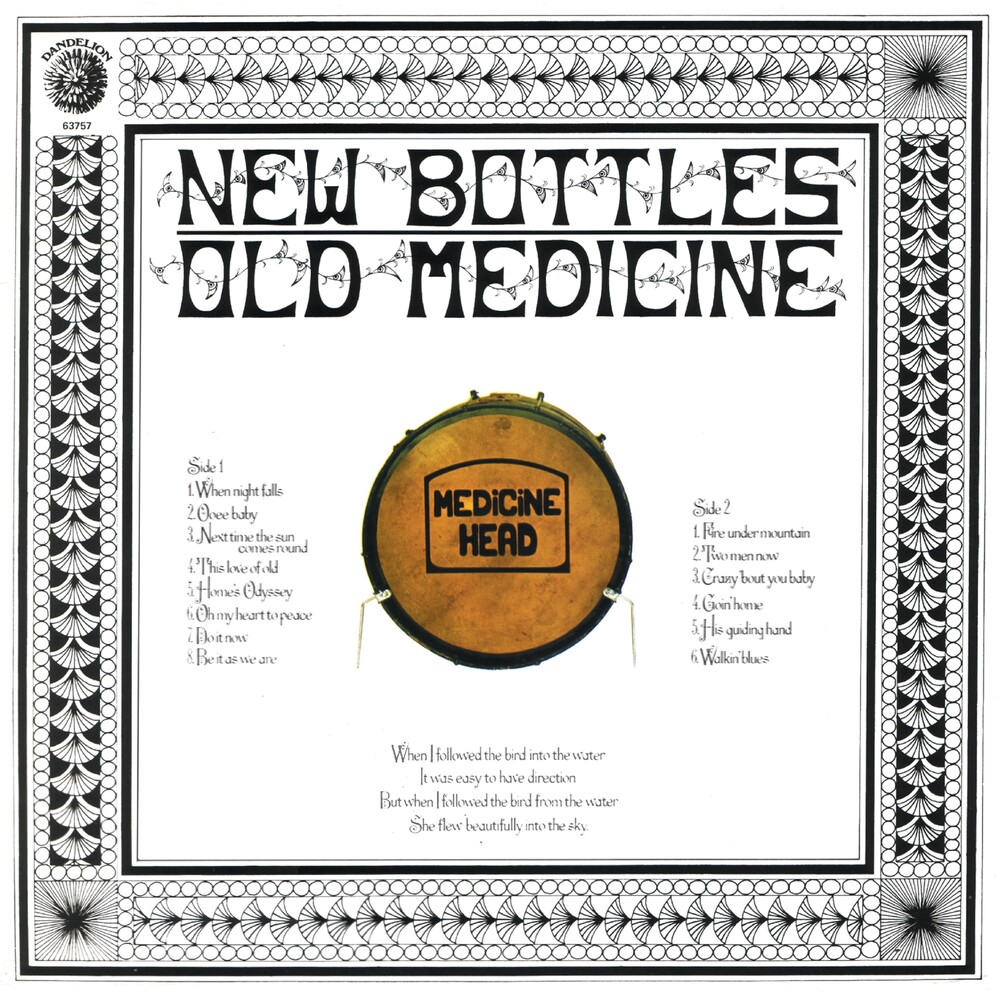 Discovered, signed and enthusiastically promoted by John Peel via both his BBC radio shows and his Dandelion Records label, Medicine Head produced one of the enduring albums of 1970 in "New Bottles... ". A blues-inspired, post psychedelia cycle of heartfelt, raw originals, the album was a forerunner of what we would now consider 'lo fi' production (the debut single, included here, was famously encouraged by John Lennon, who insisted it be issued in it's raw state), and proved the beginning of long and fruitful careers for both John Fiddler and Peter Hope-Evans. Accompanied simply, with guitar, jaw harp and kick drum, the duo concocted something timeless, it's heart firmly on it's sleeve and it's influences and aspirations to the fore. Presented alongside non-album singles, BBC recordings and live renditions recorded at The Marquee, this expanded version of "New Bottles Old Medicine" rightfully places this wonderful album under the microscope, freshly contextualised by the bonus material and an insightful, fittingly eccentric sleeve essay from Brian Banks. On-the-record enthusiasts for 'New Bottles Old Medicine' over the years include Bobby Gillespie, Nico, Joe Perry and Jack White, giving some sense of the broad appeal of this unique piece of work.