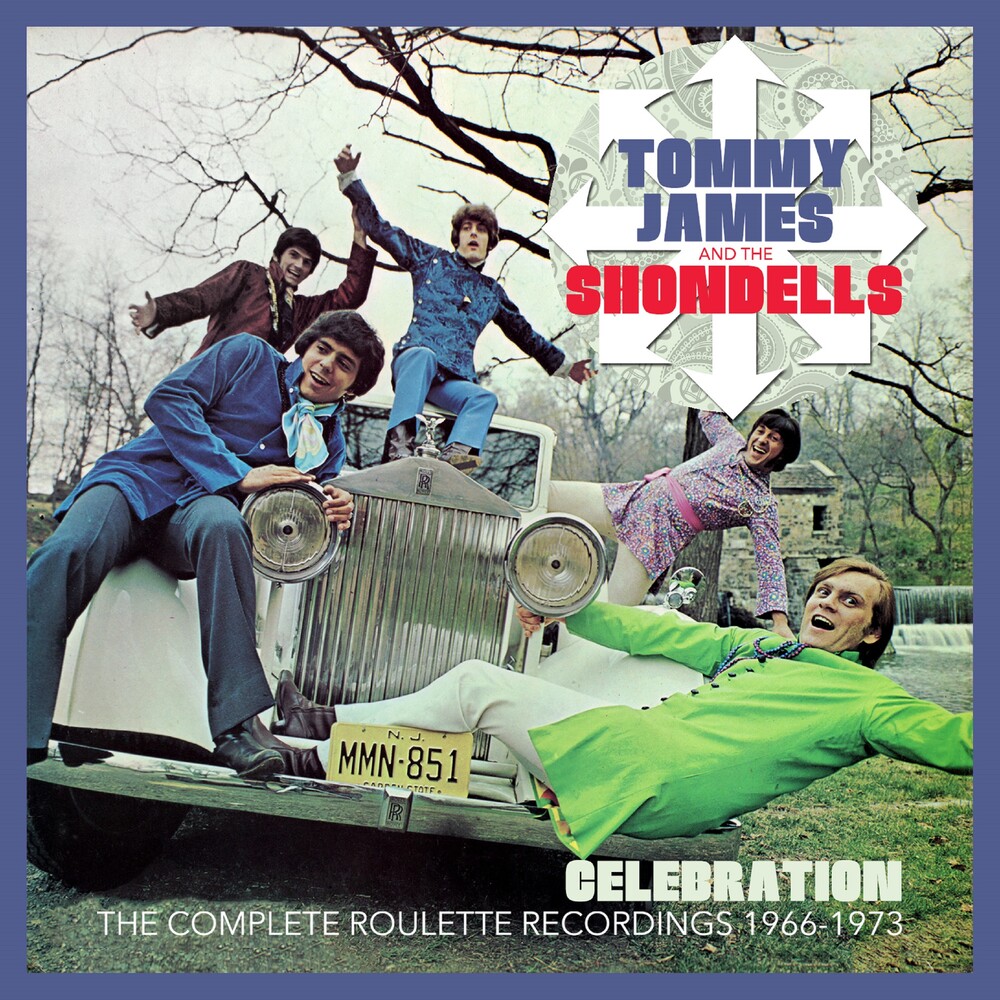 Between 1966 and 1973, Tommy James issued thirteen albums on Roulette either as a solo performer or with The Roulettes. All of these recordings now appear on this definitive 6-CD set. This includes "Greatest Hits" or "Best Of" albums which of course duplicated tracks from regular albums. These tracks have been left in their respective original albums. Although these albums have all appeared on CD reissues at various times over the years, this is the first box set to gather together all of the recordings in one set. In addition, there is the bonus of all of the recordings that never featured on the original LPs. Some of these tracks are making their CD debut within this collection. The 141-track box set features 16 tracks that were only ever released on 45s or were previously unissued until earlier compilations were released on CD. Produced by Bob Fisher whose detailed essay covers the entire history of the group with quotes by Tommy James from his biography and the notes to previous reissues. The booklet includes details of all of their chart achievements in the USA and the UK along with numerous reproductions of advertisements, reviews and news stories from music industry magazines. Designed by Michael Robson and mastered by Simon Murphy this is the definitive collection of Tommy James & the Shondells tracing their career from garage and bubblegum pop band through career defining psychedelic albums into Tommy James solo years as an introspective singer/songwriter. Disc One contains the first two albums "Hanky Panky" and "It's Only Love" plus the non- album B-side of the 'Hanky Panky' 45 and six titles previously unissued which made their first and only appearance on a long deleted 1997 CD set. Disc Two contains the albums "I Think We're Alone Now", "Something Special" and "Getting Together". Disc Three features 'Mony, Mony'. Their first and only UK No 1 single and the album titled after that hit alongside their classic psychedelic album, "Crimson & Clover" and the 45 version of the title track. Disc Four presents their second career defining psychedelic album "Cellophane Symphony" including the long version of the title track and a track from the album sessions, 'Contact', only previously released on the aforementioned 1997 compilation. Disc four also features the one track on the album "The Best of Tommy James & The Shondells" that hadn't been on an album before, 'Ball of Fire' and the first seven titles on "Travellin'" the last Tommy James & The Shondells album. Disc Five opens with the continuation of the "Travellin'" album with it's last three tracks before moving on to the first Tommy James solo albums "Tommy James" and "Christian Of the World" which features his last major hit single, 'Draggin' the Line'. Disc Six concludes the box with his last album for Roulette, 1971's "My Head, My Bed and My Red Guitar" his country -rock album co-produced in Nashville with Pete Drake and featuring such legendary country sidemen as Scotty Moore, D. J. Fontana, Charlie McCoy, Buddy Spicer and others