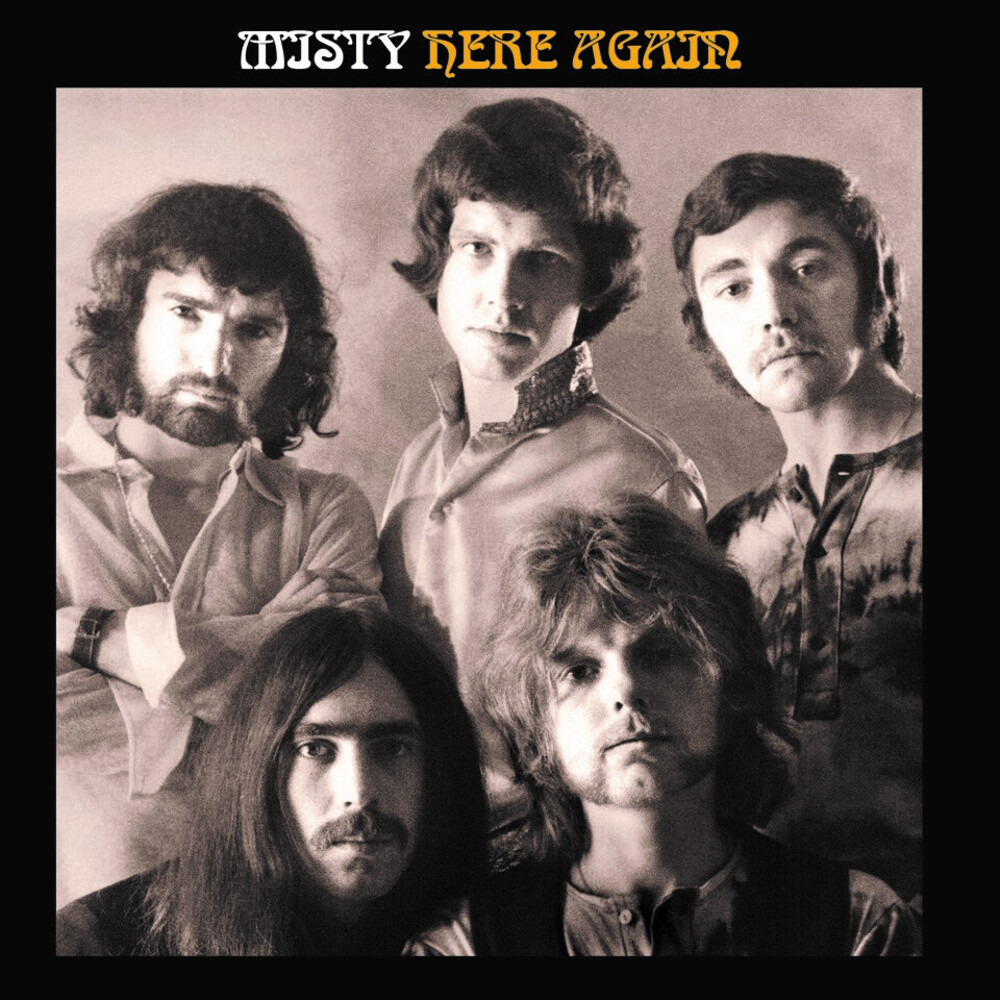 First-ever release of the album recorded at the end of the 60s by studio-based UK progressive rock band Misty. Includes their genre-bending Parlophone single 'Hot Cinnamon', now a major collectable after being unearthed and championed by mod club DJs. A dazzling fusion of classically-inspired progressive rock and song-based psychedelic pop, the five-piece Misty looked like being major contenders after being plucked from obscurity by talent agency London Management. The agency's head, British showbiz scion Michael Grade, became their manager, proclaiming Misty to be "the future of rock music" they released the EMI single 'Hot Cinnamon' supported by the band's own regional TV showcase. Unfortunately, the single failed to attract too much attention at the time, and a concurrently-recorded album, entitled 'Here Again', failed to get beyond acetate stage. The band duly went their separate ways and now after a brief hiatus of 52 years, Grapefruit is proud to host the first-ever release of the Misty album, a 13-track set that fuses classic three-minute songwriting with an organ-based late psychedelic/early progressive rock sound, firmly in the tradition of classically-informed bands like Procol Harum and The Nice. Augmented by the audio content of that 15-minute television showcase, a 4000 word sleeve-note about Misty's hitherto-undocumented existence together with photos, memorabilia and quotes from band members. Another dropped stitch in the tapestry of late 60s/early 70s British psychedelic and progressive rock.